The Surfers Of Liberia 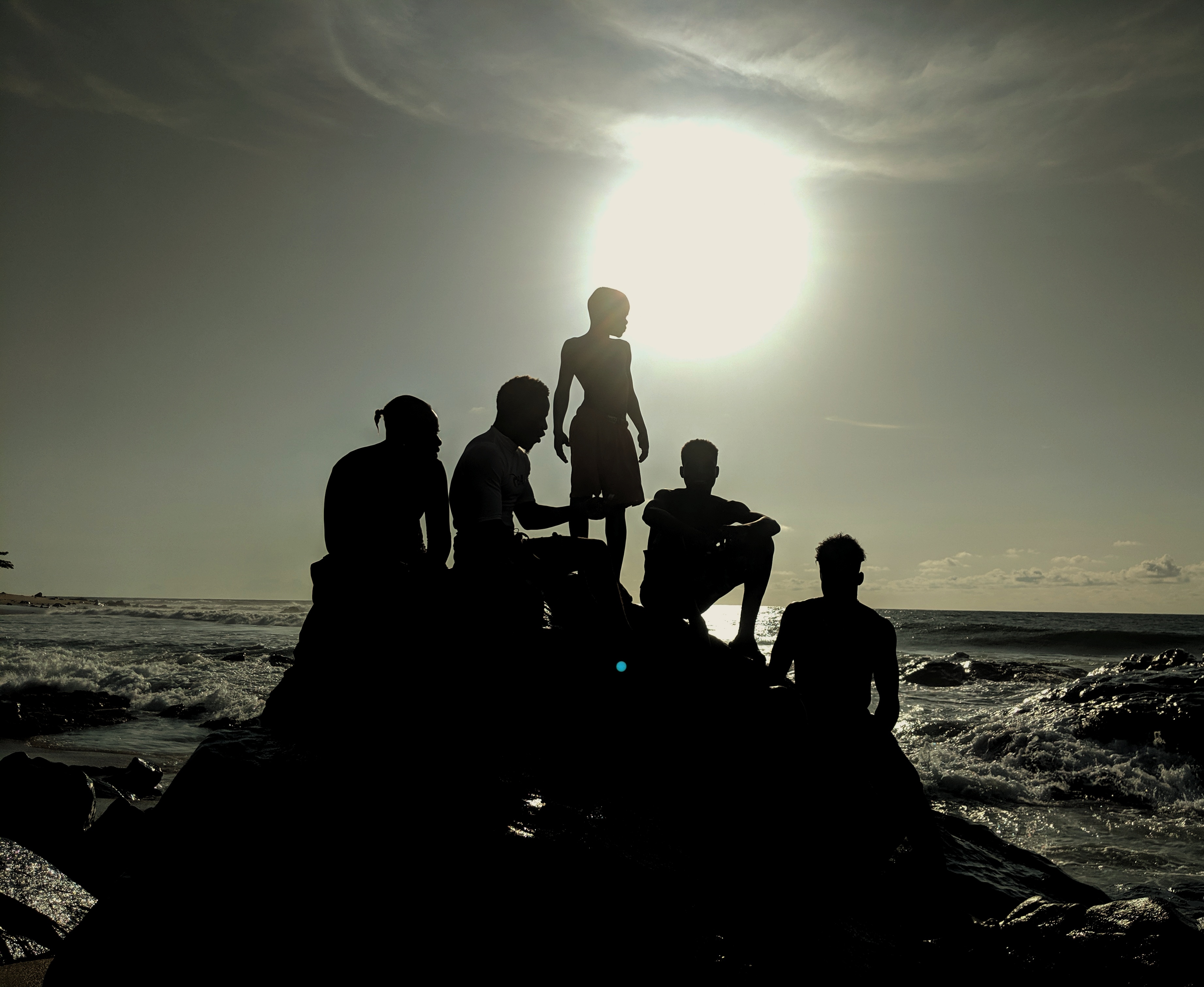 If you’re going to Robertsport, the chances are you’re either going to surf or look for surfers. Well, that’s why we went and when we arrived in Robertsport in the evening, after all the last surfers had left, we were bummed.

“We have to stay,” Kayode said. And stay we did.

There are two types of Surfers on an October Monday in Robertsport. There are those who go to school first, and then those who start their mornings catching waves. Let’s start with the early surfers.

Wait, before the early surfers, there’s Toke who can’t surf, but can pose.

All kinds of backstories and one obsession: surfing.

Not her real name, just what everyone calls her.

“When I was in high school,” she told me, “my mum was complaining that I was focusing too much on surfing, instead of my studies.” And what did her mum do? “She sent me to Monrovia. So I finished school, and came back to surf.”

Although she is currently the most active, she’s one of over two dozen women and girl surfers in Robertsport. When she’s not surfing, she’s wearing a No. 10 jersey, playing football.

The current surfing coach is Eli.

This is a photo of Eli literally yelling at the waves to rise.

“Miguel taught me how to surf,” Eli said. Miguel is a white tourist who came here a few years ago.

“Miguel saw me constantly at the beach watching, so he put me on a , and that’s how I started learning.” Speaking on how he got his surfboard, he said, “Miguel told me that he was going to leave and return in a few months. He said he was going to buy a surfboard and that if I got better, he’d hand me the surfboard.” How did he feel when Miguel returned about three months later?

“I was so fucking good. When I surf, people love me.”

He wants to become a Surfing Journalist, “I want to write stories about surfers and write about competitions.”

“My name is Oscar, but everyone calls me Rasta.”

“The first time I stood on a board, I felt so good, and light,” he said.

That moment ended quickly. As he attempted to make a turn, he hit his eye on an incoming fishing canoe. That eye bled. But when it healed, he was back catching waves again.

Rasta isn’t just a Surfer, According to Eli, he’s one of the best footballers in Robertsport. And when he’s not wearing a No. 7 jersey or surfing, he’s fishing.

“When there’s no money in surfing,” Eli joked, “he goes fishing.” Fishing in the ocean generally sees him leave home at 6am and return with his catch at 2pm. Eventually, he’d love to make a living off teaching kids how to surf.

He’s part of the after-school-crowd, coming here on weekdays to surf right after school. “I started surfing with a plank.” James told me, “Now, I just want to grow up become a surfer.”

He’s the guy in white.

In a sense, he’s the group’s visionary. If you talk to him for 5 minutes, there’ll be a mention or two of how he intends to get more surfboards to Robertsport.

He’s also also one of the town’s finest surfers, coming second in a competition just one year after he started surfing.

“We need to find a way to get more people to know about Robertsport and surfing. The more people come, the more they tell other people. That way, we’ll Robertsport more popular than ever.”

“One day, we’ll represent Liberia to the world.” Eli said. Everything he says, he says only confidently. And he’s not just talking about himself or the few people I spoke to. He’s talking about up to 60 surfers scattered across the little town. Some of them in High School, others selling fish to earn a living, but surfing still to make a life.

Here’s what you can do: pack a bag and head for Robertport. Buy their merch. Maybe grab a surfboard or two on your way there.

Whatever you do, just be sure to show some love to the super cool surfers of Robertsport.