The Road To Sierra Leone Is Mostly Dirt Road 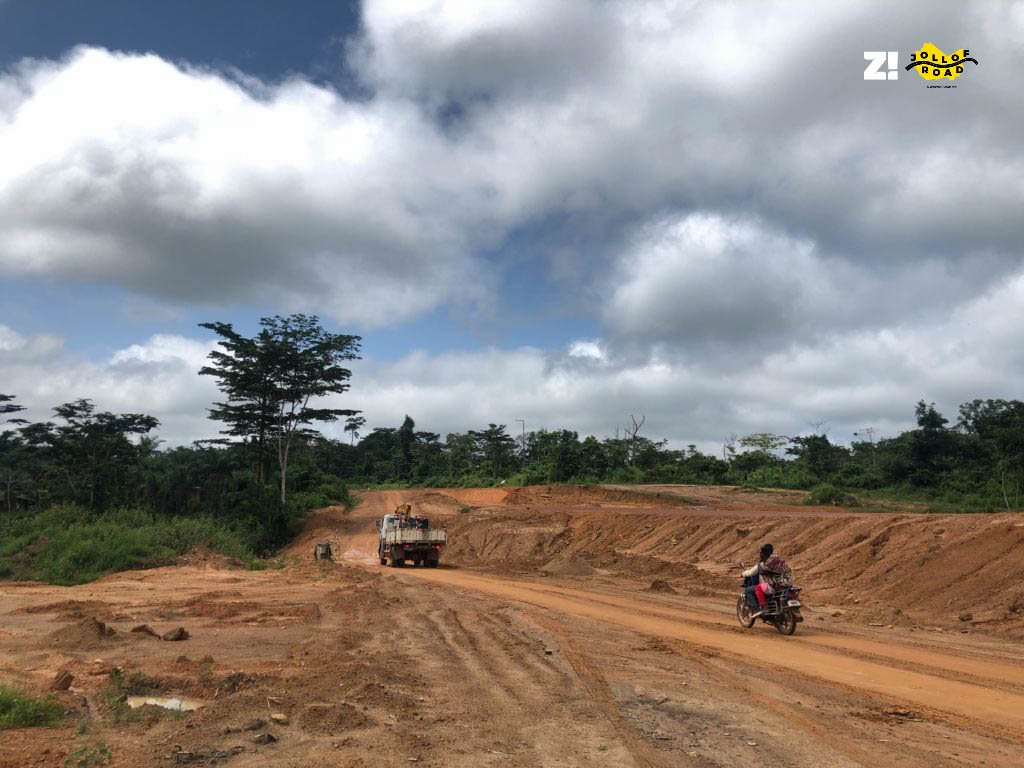 Over the past 32 days on the road, we’ve been extorted, delayed at borders, gotten shitty treatment at hotels, and yet nothing has angered me more on this trip than the state of the highways (if one can even call them that) since we left Abidjan, Cote d’Ivoire.

Getting into Liberia was a nightmare. And from the minute we got in, we started to brace ourselves for the roads leading to Sierra Leone. ‘It’s bad but not too bad’ was the summary of reports we had gotten on them — but we had heard that before and the last time ‘not-too-bad’ had turned out to be unmotorable.

As we hit the first stretch of dirt road leading into Sierra Leone, I suddenly got very angry. I got angry at every single person who put a stamp on our passport or waved us through when we attempted to cross the Gbinta border into Liberia when they knew the state of the road.

I’m even angrier at the Liberian president who’s indulging in antics like this when there are literally no good roads into Liberia.

Then there’s the Sierra Leonean president who’s giving TED talks about his ‘vision for the future of Sierra Leone’ when the only road connecting his country to Liberia looks like this. In 20 fucking 19.

The road from the Jendema border into Freetown for the first hour is just as bad as what we came across from Yekepa to Monrovia in Liberia. Black got stuck in the mud overnight and we all had to sleep in it. If at any point it suddenly started raining cats and dogs, we’d have been screwed. What’s even worse is that we’ve been told to expect the same thing on our way to Conakry, Guinea.

What’s going on between Liberia and Sierra Leone

Given the state of the roads and the fact that what made up a border since we left Abidjan, Ivory Coast are mangled ropes tied to two poles, I’m going to go out on a limb and guess the state of foreign affairs between these countries is probably great and trade relations must be nonexistent.

Aside the fact that since we left Abidjan, we’ve almost always been the only ones stamping in at borders. And that for miles after crossing the border, we’d be the only vehicle on the road, curiously in Sierra Leone, if you want to change Liberian Dollars (LD) to Leones (le), it incurs a 20 LD charge on every 100 LD. That’s about 34 naira for every 170 naira.

However, if you are changing from USD to Leones the rate is $1 to 10,000 le (I’ll come back to this in a minute) with no extra charge. I don’t know if it’s the same situation at the Liberian side of the border but it’s very odd and I can only imagine what a nightmare trade between the two counties must be like.

So far, leones is the most devalued currency we’ve come across. A fact that some of its citizens are unwilling to accept, as evidenced by a border official who argued that their currency was stronger than the Liberian Dollar. After dealing with CFAs in Francophone countries where most things are priced in thousands and tens of thousand, interacting with the leones still came as a shock. The first surprise was, of course, the exchange rate with the dollar, but we hadn’t quite wrapped our heads around it until we bought SIM cards: four SIM Cards and about two gig worth of data on all four, cost us 140000 Leones. Which is only about 5,000 naira ($14).