How To Spend 24 Hours In The Gambia

If you had exactly 24 hours to spend in The Gambia, your day couldn’t be complete without taking a trip to Albert Market, petting a couple of crocodiles and stopping by Coco Resort one of The Gambia’s many luxurious resorts.
Read the full story

Places to Eat When you Visit The Gambia 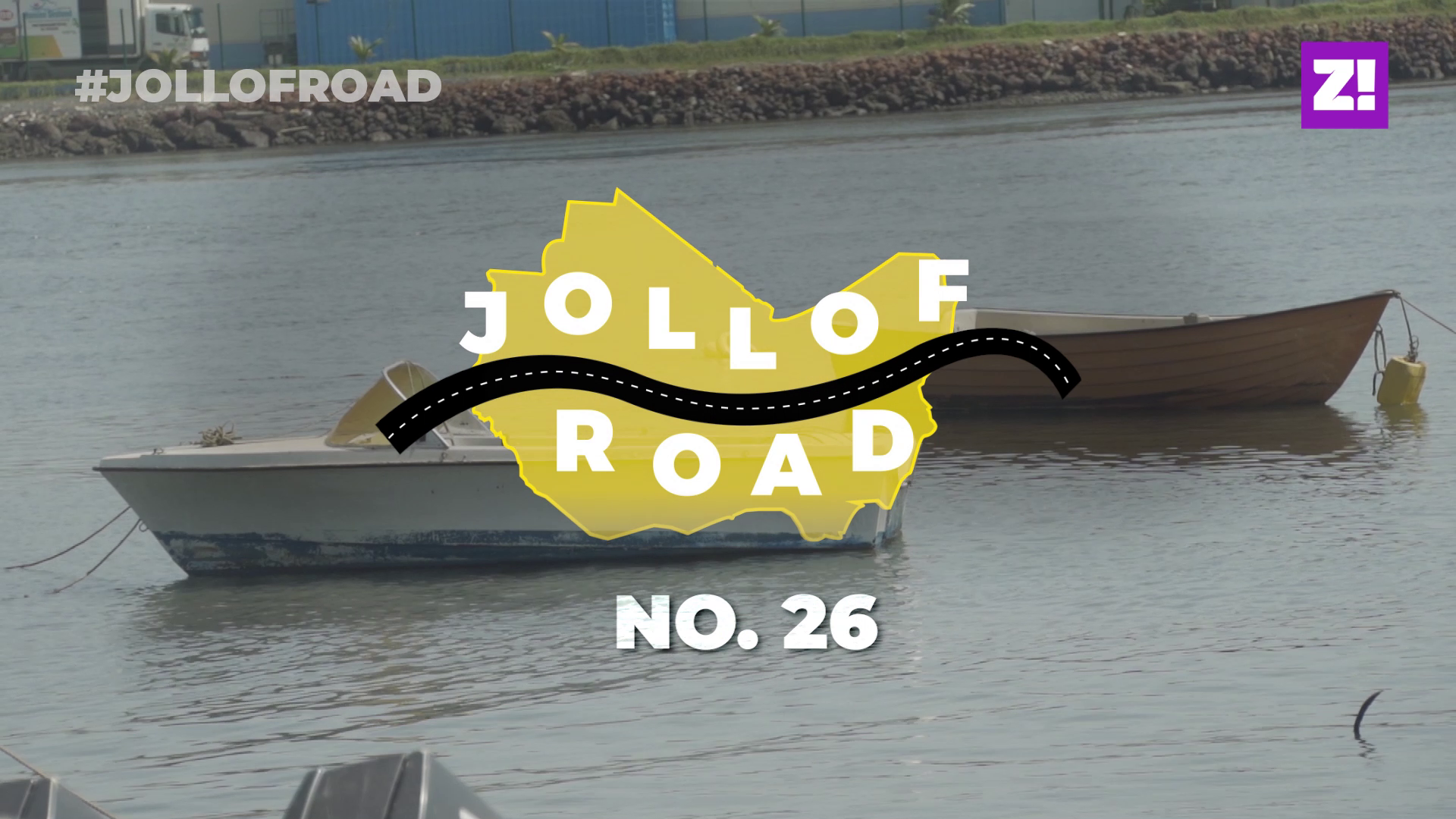 The Gambia is teeming with food. The biggest dilemma you could be faced with is where to eat. And that’s where we come in. Start at Kadie Kadie and end at Coco Ocean Resort.
Read the full story

How To Spend A Day In Guinea Bissau; One Of The Smallest Countries In Africa 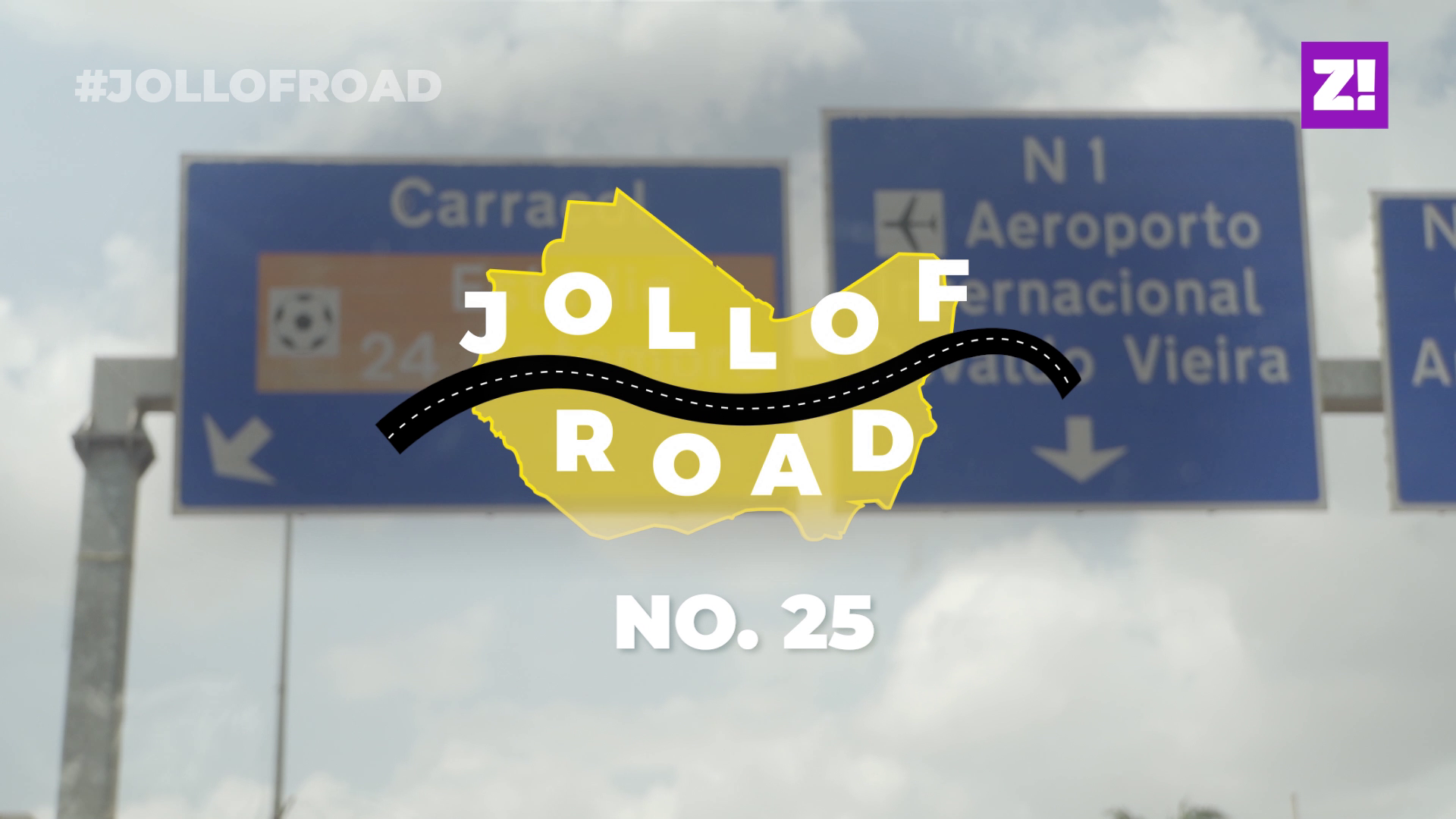 How do you spend a day in a country where you could run into the president’s wife at a supermarket at least once a week?
Read the full story

The Road To Guinea Bissau Is Filled With Mud Patches, Corrupt Soldiers & “Baguettes 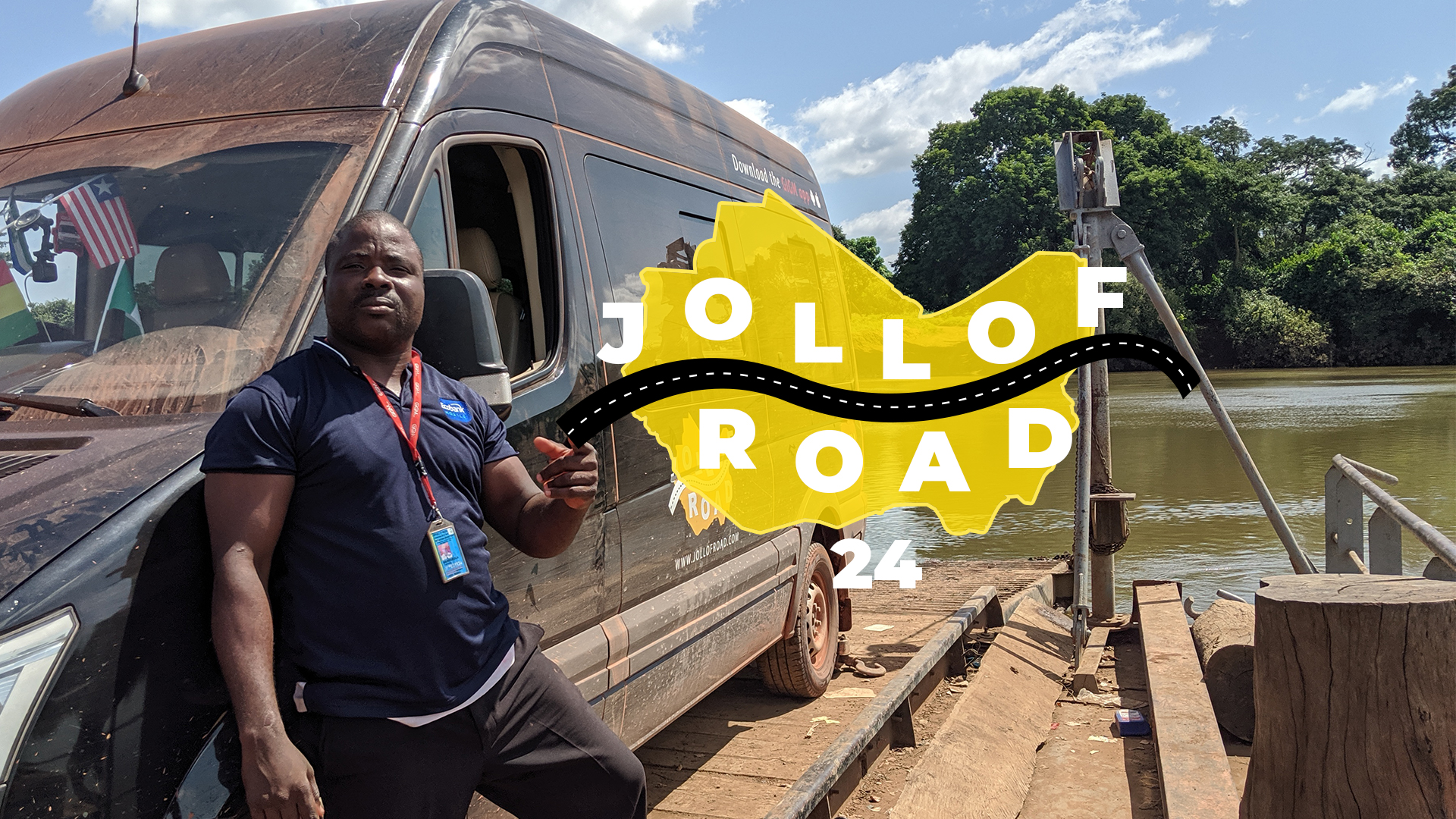 We tried to get into Guinea Bissau by road on a bright and early Saturday morning, we expected to get to Bissau in 8 hours. Throw in border issues and maybe 10 hours at most. It took us 2 days.
Read the full story

In Guinea; This Street Food Made Us Fall Sick, We Got Better And Then Resumed Eating Again 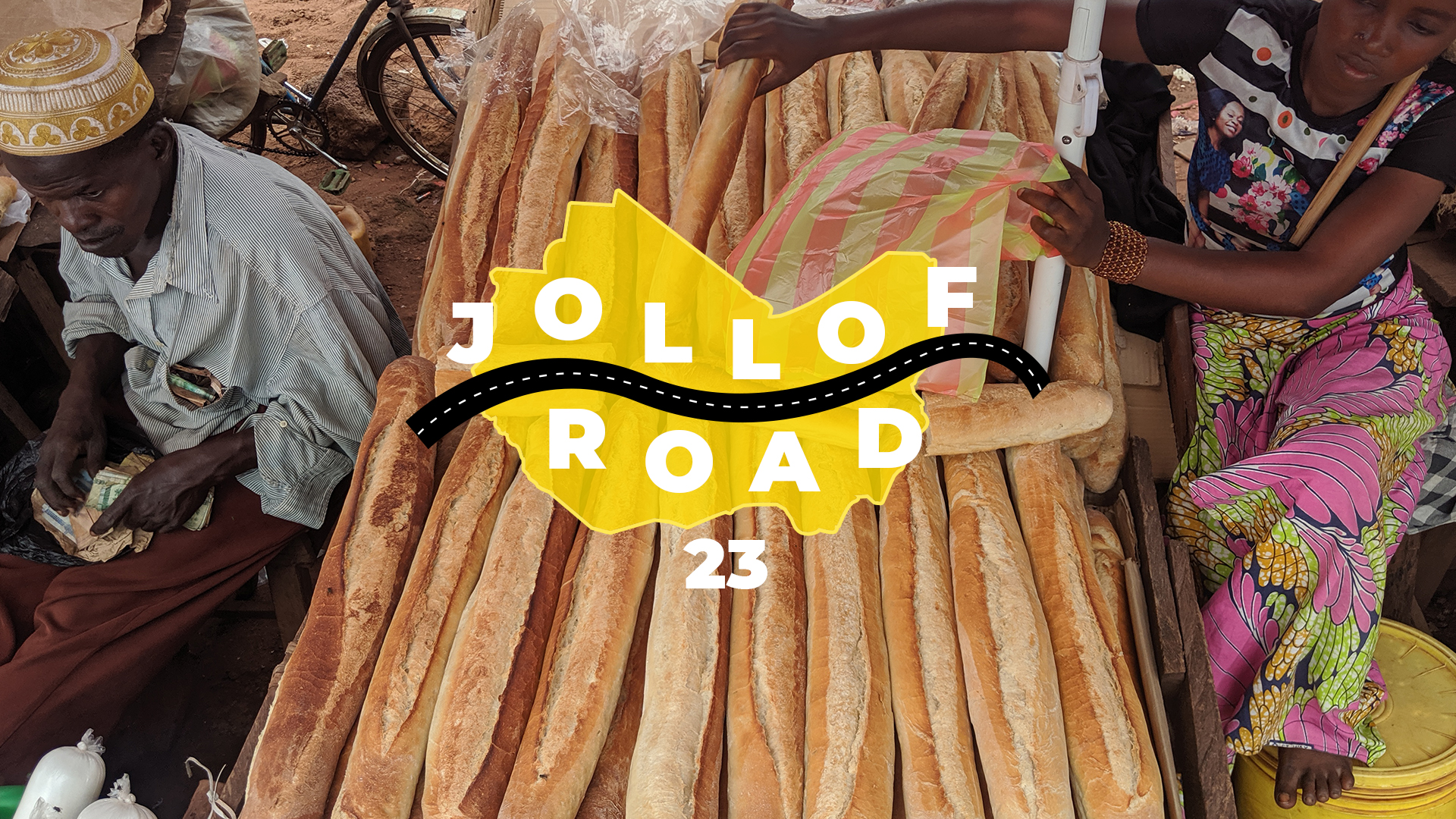 For Fu’ad and Toke, Guinea will always be the country where their bodies finally betrayed them. But Guinea wasn’t only about hospital runs and buying a ton of drugs. We actually had some fun.
Read the full story 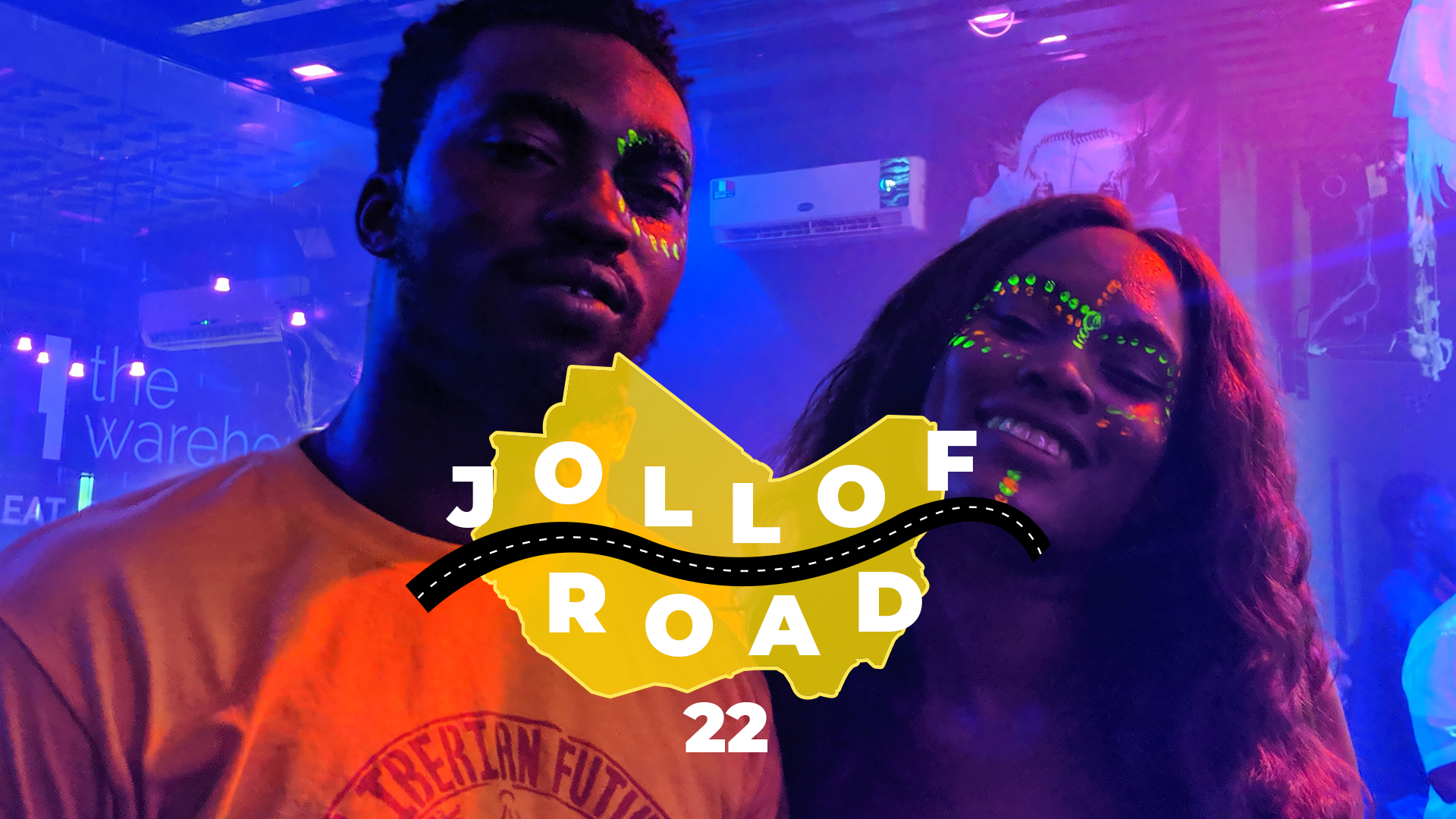 In Sierra Leone, we met the Minister of Culture. Here’s what she told us about the country:
Read the full story

We Spent an Entire Day Searching for Sierra Leone Jollof; We Found These Foods Though 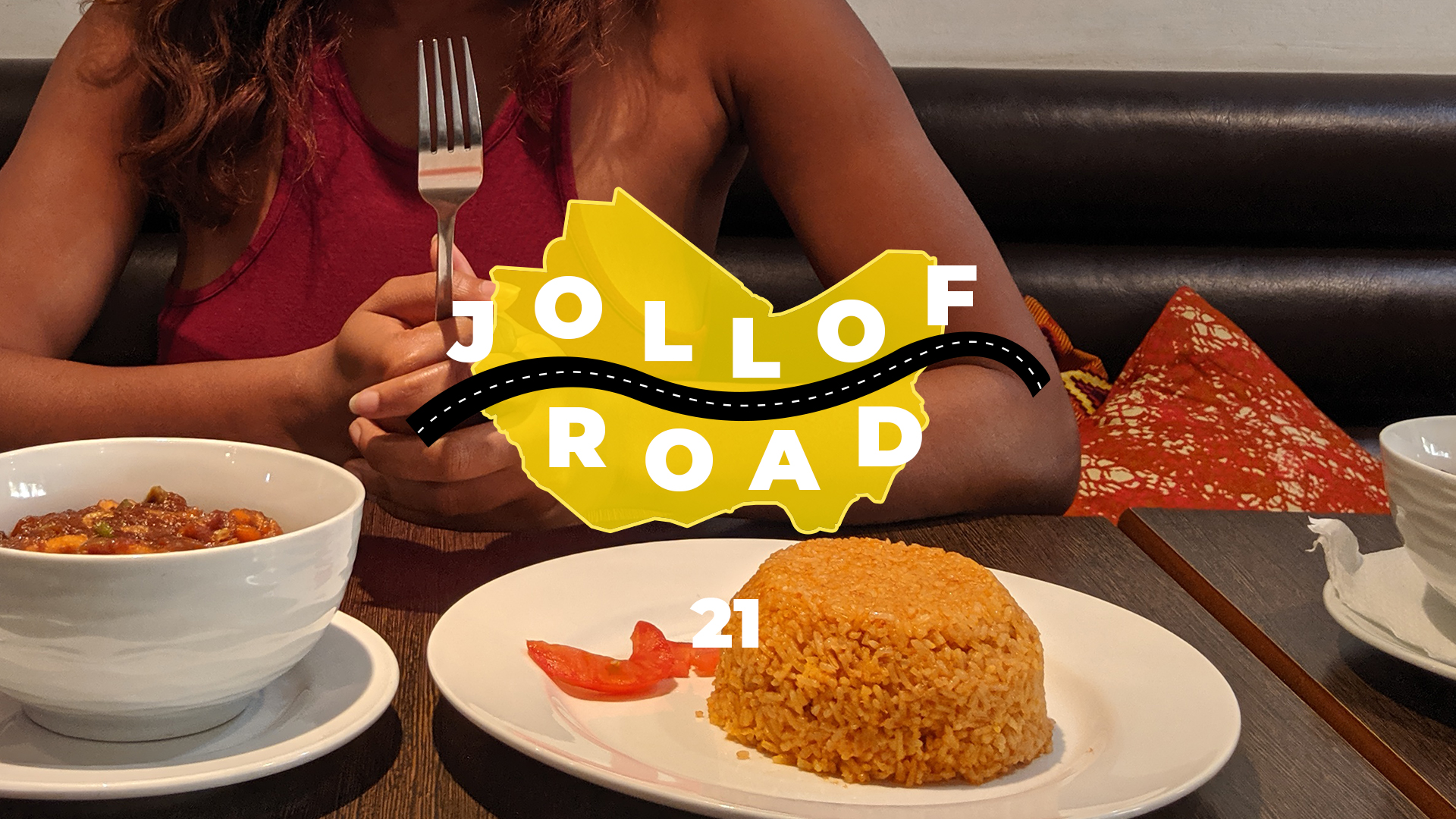 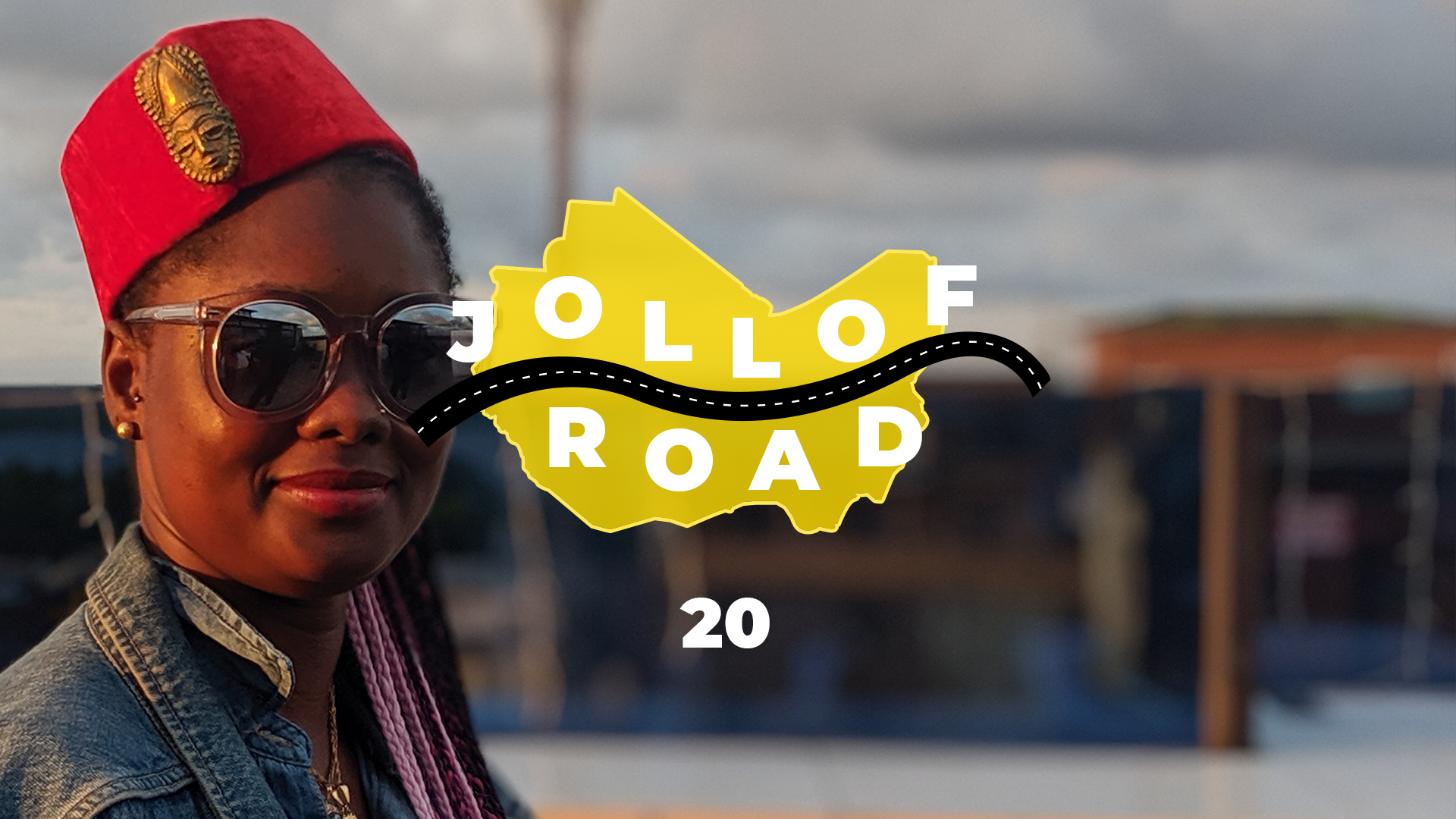 We spent 6 days in Liberia doing nothing but talking to as many Liberians as we could. About Ebola, the war and everything in between. Each person’s story left us teary-eyed in awe and giggling all at once.
Read the full story

These Dreamers Hope To Make It Big Surfing On The Waves Of Robertsport, Liberia 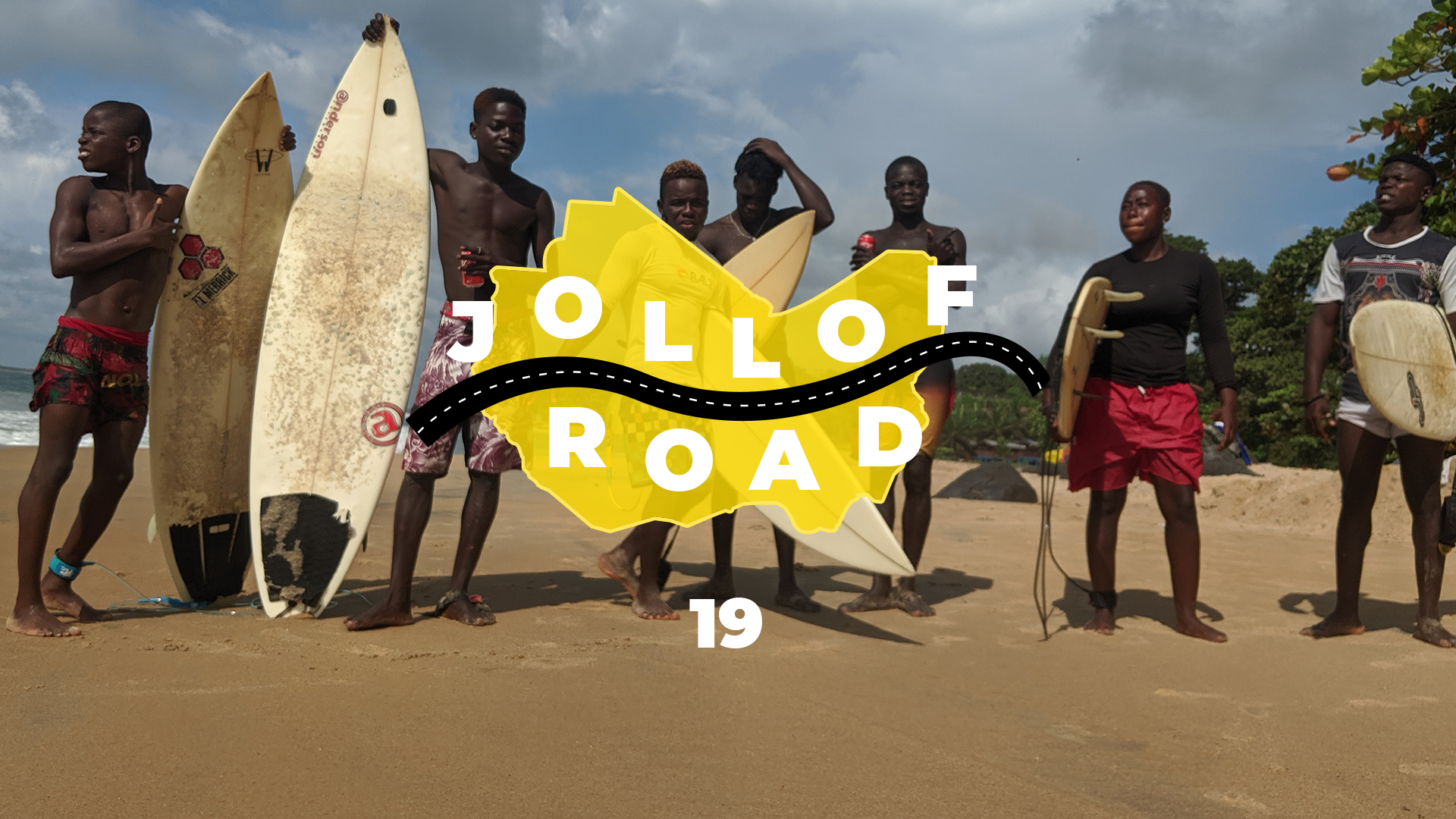 Robertsport, Liberia is a large community of almost a hundred native Liberian surfers. And that is where we met “The Dreamers”.
Read the full story

This Liberian Has Proof That Liberian Jollof Rice Is The Best; Better Than Nigeria’s 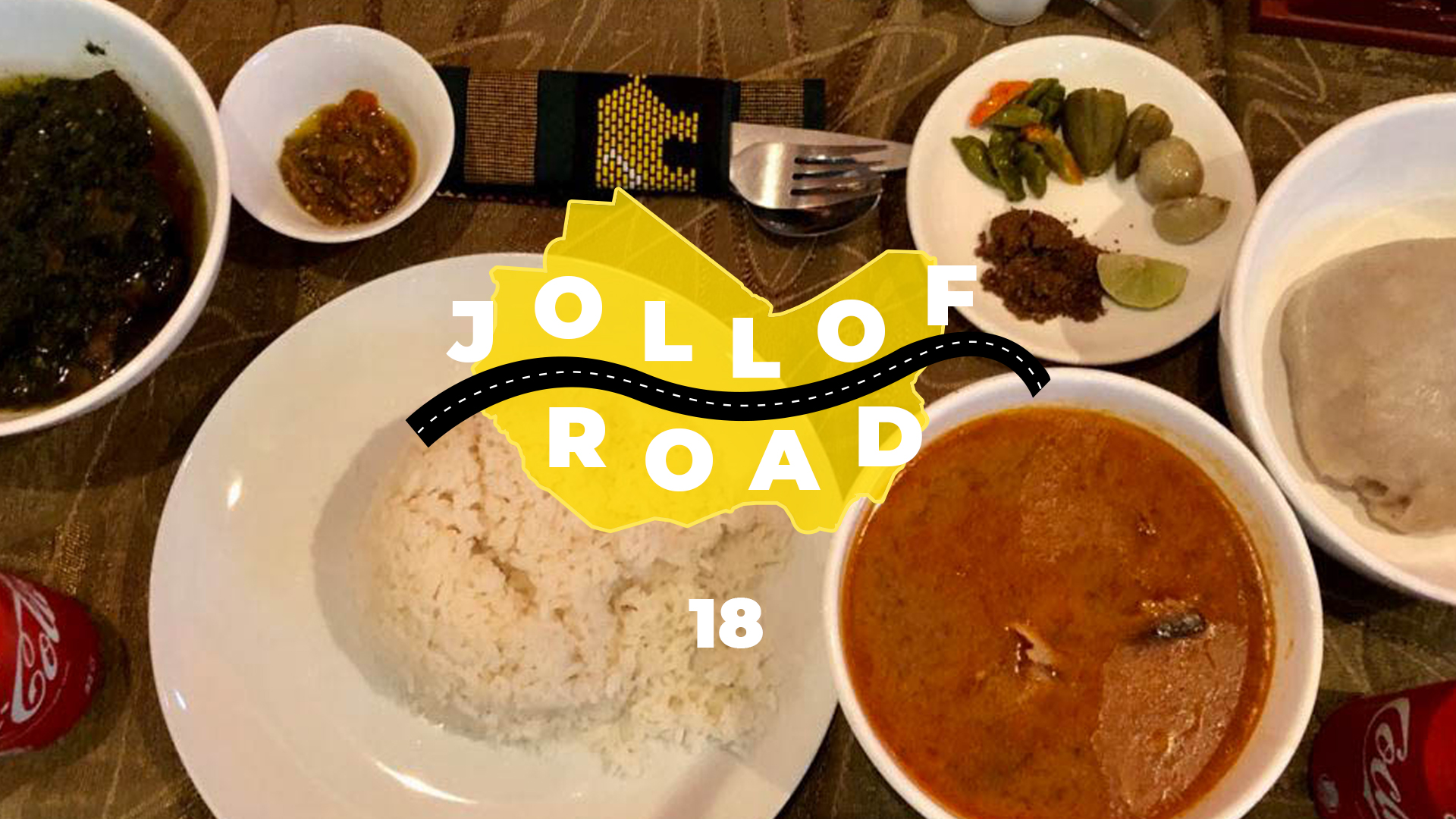 When it comes to the Jollof Wars, Liberia is an unlikely contender. Nigerians and Ghanaians make the most noise about owning Jollof. Senegambians revel in the surety that no one can dispute that Jollof started with them. So where does that live Jollof in other countries like Liberia? We found out.
Read the full story

39 Days Into Our Trip Around West Africa, THIS HAPPENED 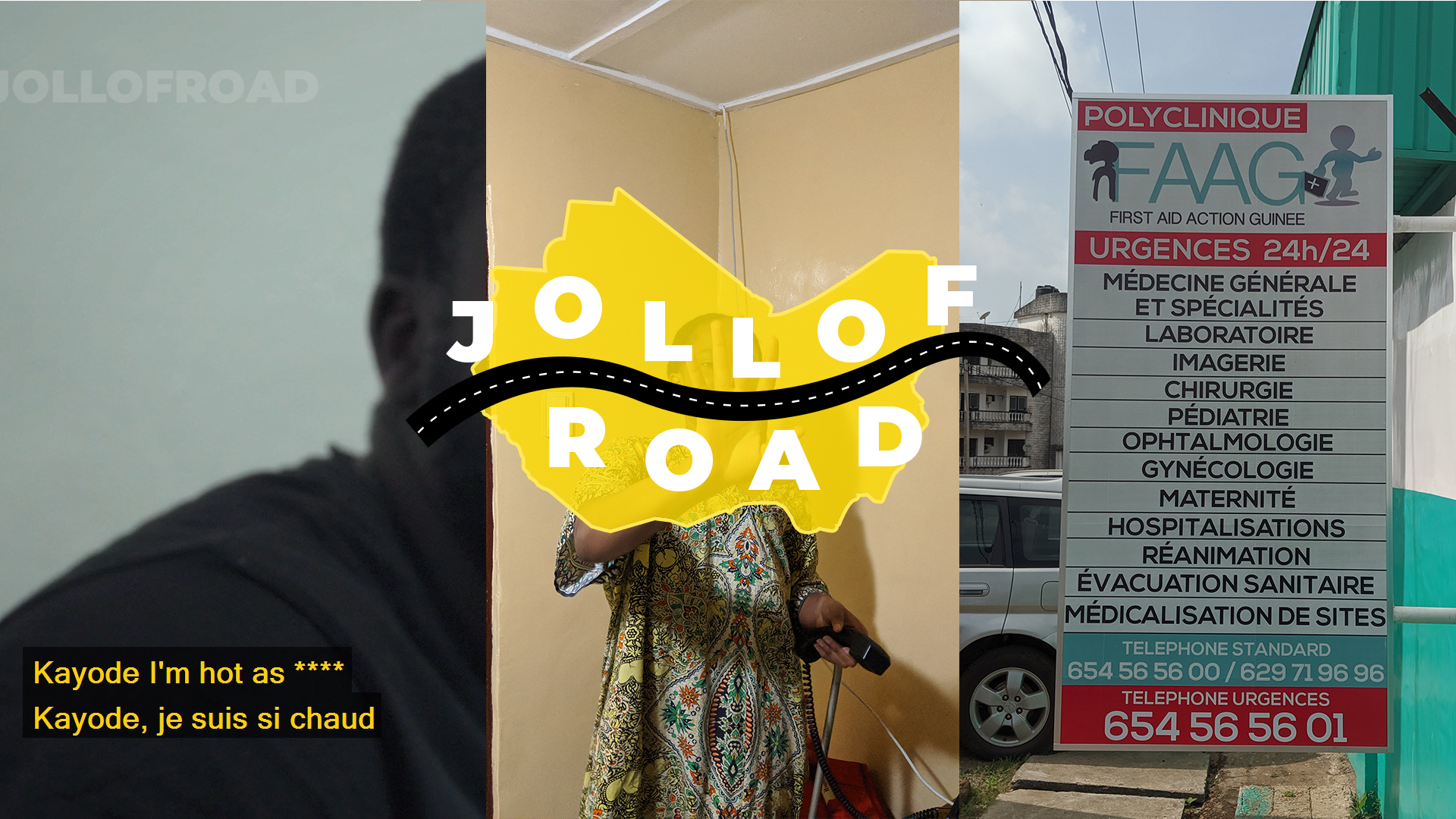 This video is a little “into the future” and a deviation from our regular programming. After 39 days of “Eating Anything We Find” and “Trying Everything”, THIS HAPPENED
Read the full story

It Took Us 3 days, 8 Fresh Passport Stamps And More To Get Into Liberia 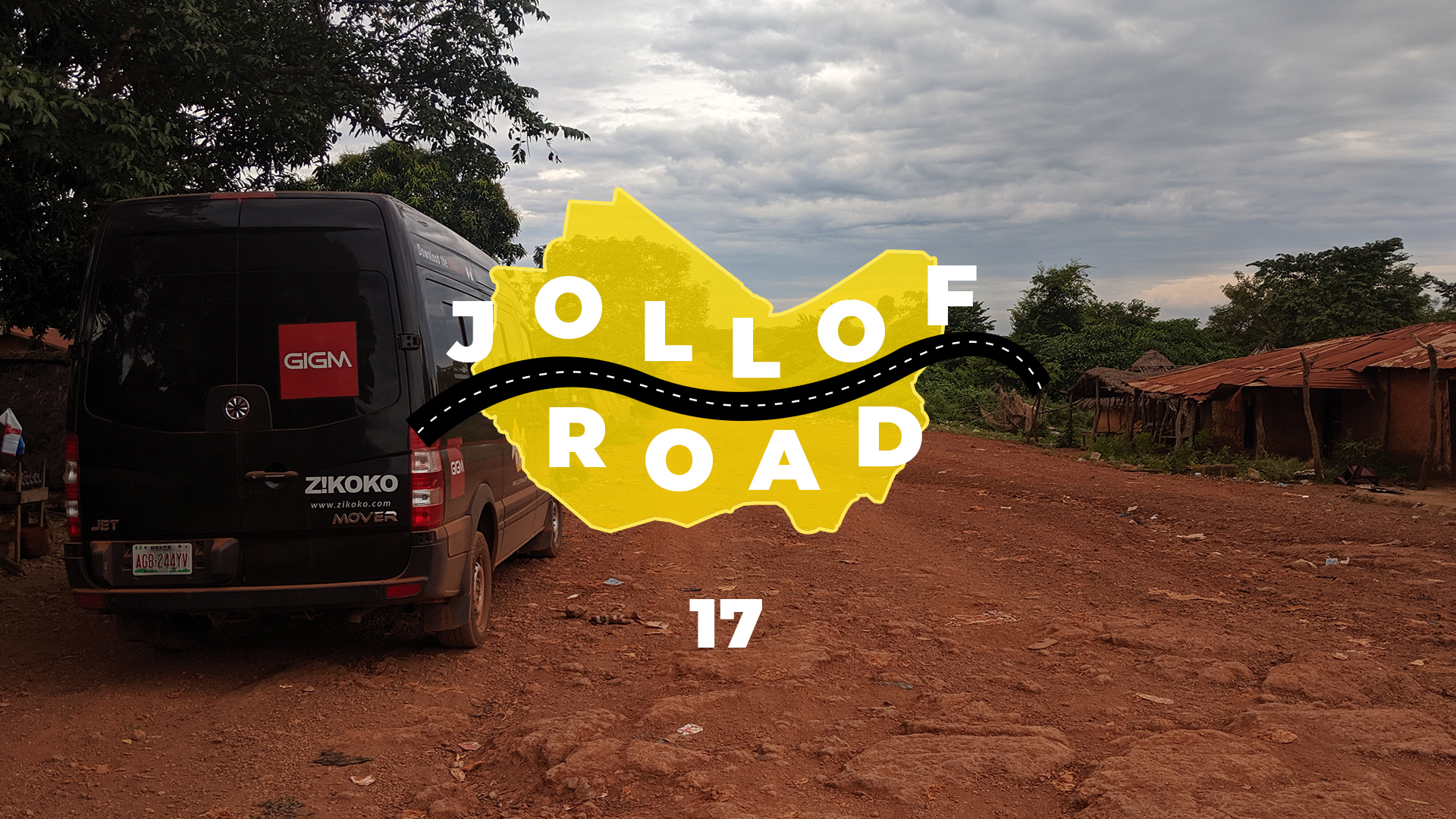 Spoiler Alert: Black is pretty much INDESTRUCTIBLE at this point. The road to Liberia (from Cote D’ Ivoire) is filled with mud, bribes, bad roads and one Customs
Read the full story

Abidjan – “the Paris of Africa” 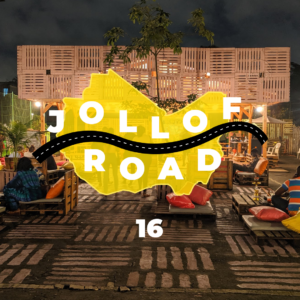 Watch Fu’ad and the rest of the team eat Attieke – a side dish made from cassava, meet new friends and enjoy the nightlife in Abidjan, a city like no other, a city where food isn’t the only thing that’s surplus, the electricity supply is superb.
Read the full story 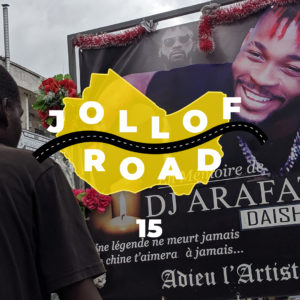 In Cote D’Ivoire, we benefitted from the kindness of strangers, but the most touching was this group of fans. Their story is that of dedication and true admiration for Dj Arafat.
Read the full story

We Spent An Entire Day Eating Through Ghana 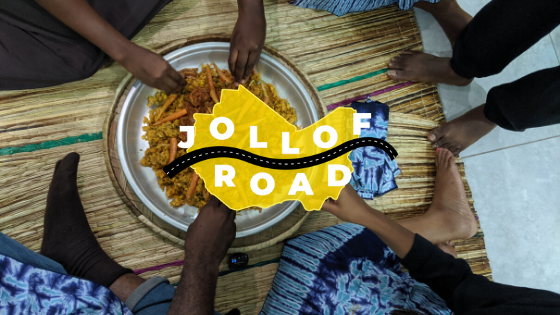 This video is what happens when you put three foodies, Tosin and Captain Taiwo in “Black” and put send them on a diplomatic mission to find a common ground for Ghana and Nigerian Jollof.
Read the full story

Life At The University of Cape Coast, Ghana 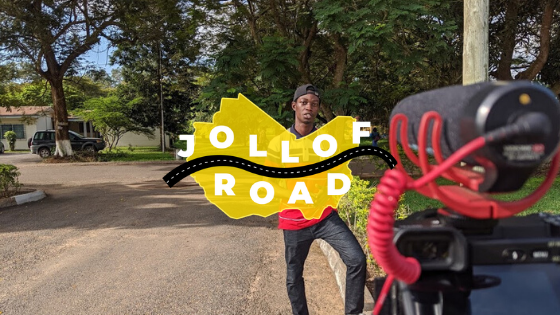 From learning to use a Pentium 3 PC to now building more advanced stuff. We look at life at the University Of Cape Coast in Ghana through the eyes of Kakari.
Read the full story

We Turned Up All The Ghana Way !!! 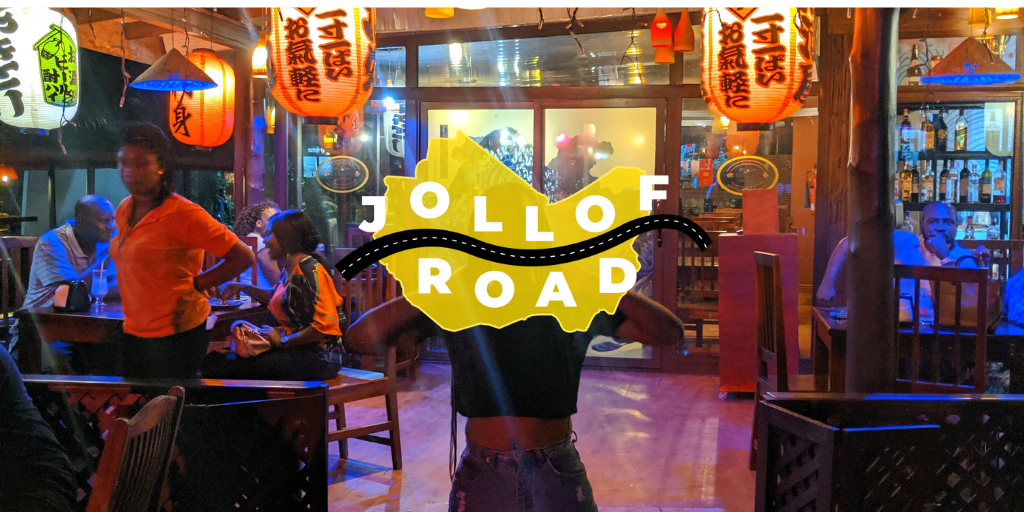 A surprise Independence Day Party. Phew!! If what we experienced would be anything to go by, Ghana finna be lit in December.
Read the full story 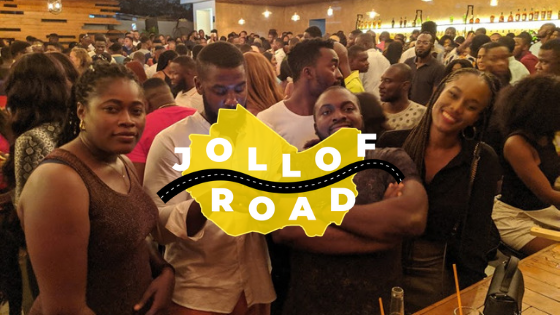 Our Ghana story was that of Jollof Rice (of course), Generous Hosts, Beautiful monuments and more…
Read the full story

From Lome To Accra With Jollof 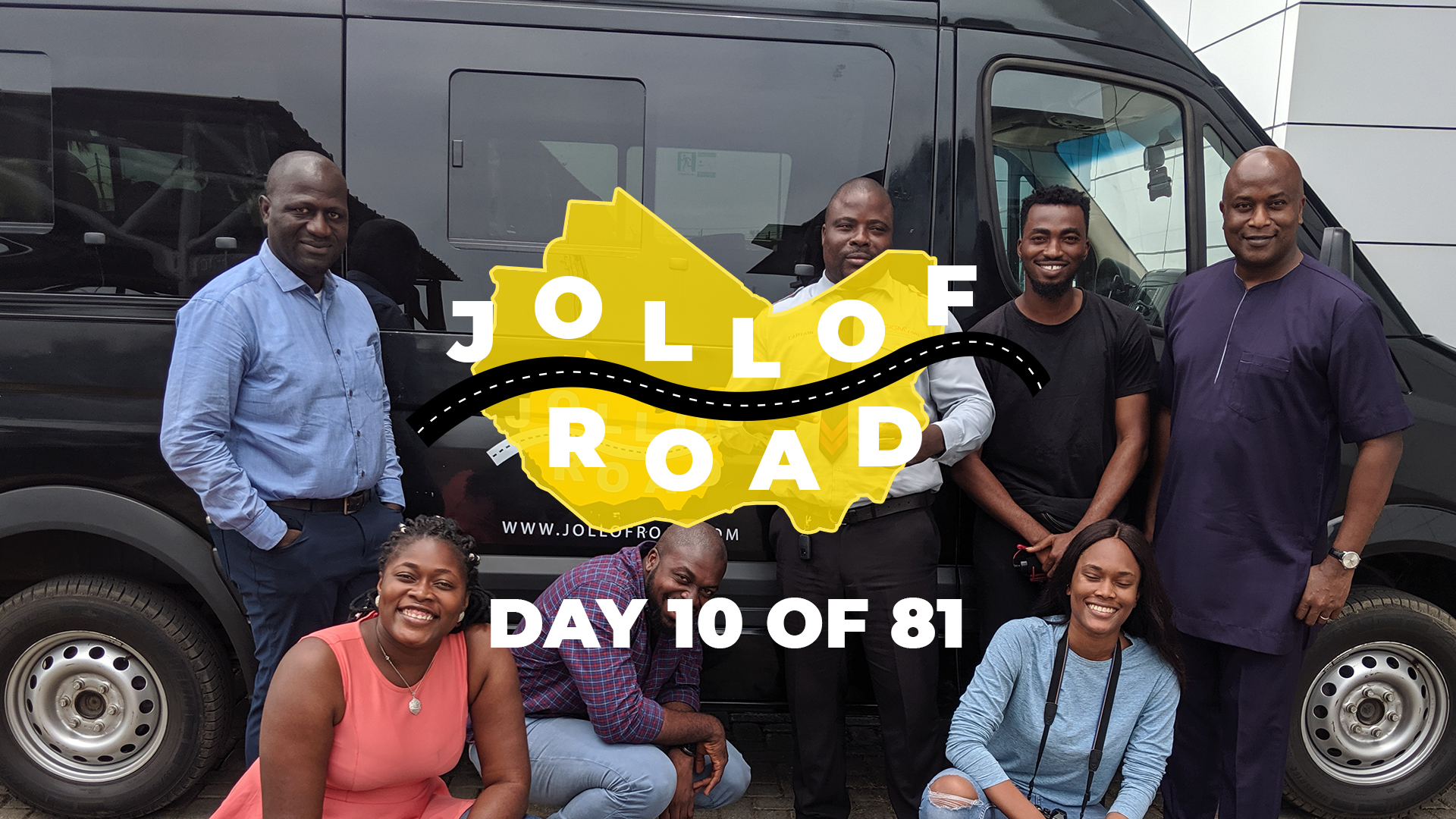 Things to remember before leaving your hotel to cross a border: eat, flip your duvet and check under the table to make sure you’re not leaving anything behind, withdraw cash using an X-press cash code on Ecobank, and hop on your GIGM bus. Watch for more behind the scenes shots as the Jollof Road gang […]
Read the full story 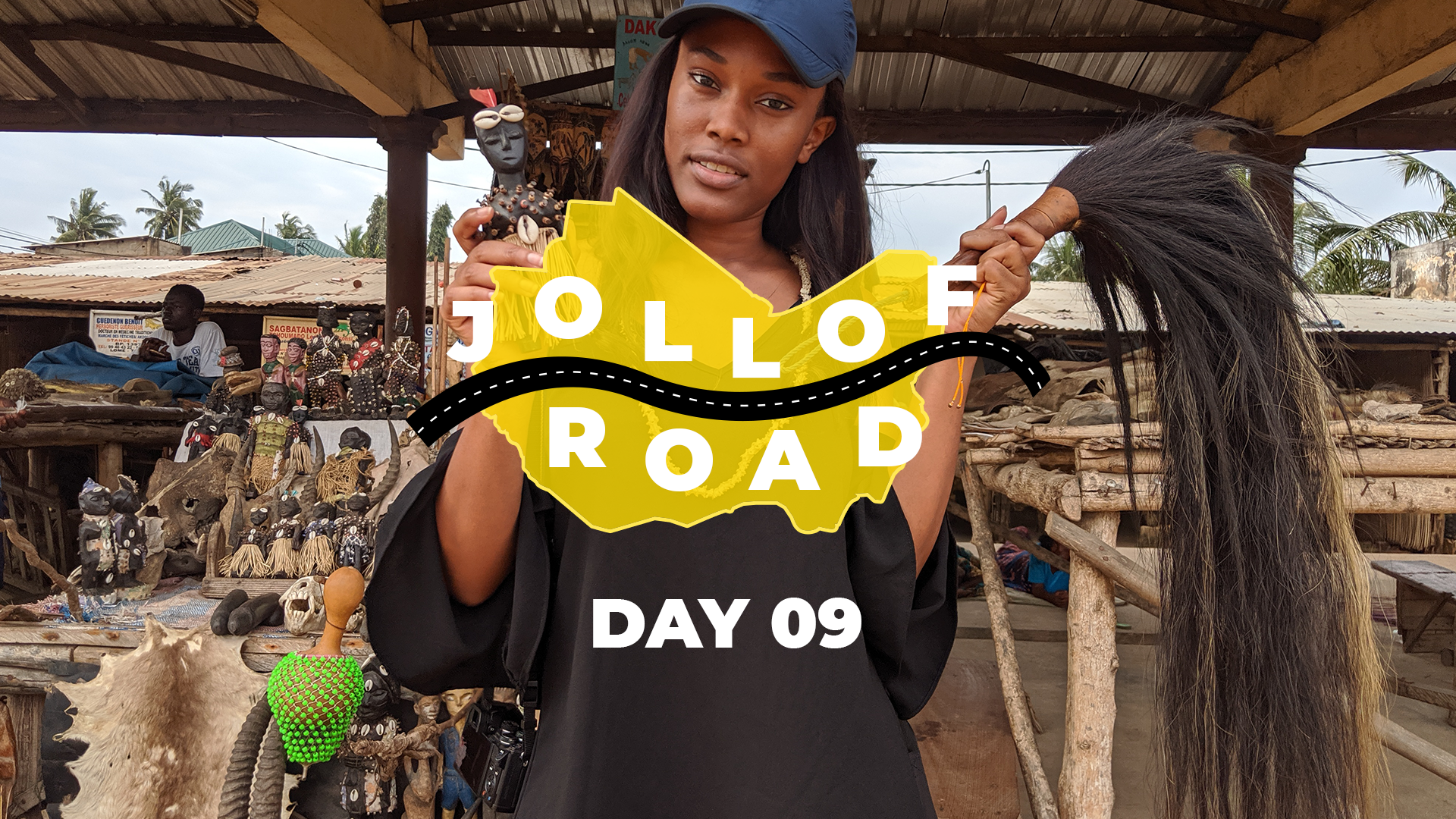 In this video, discover how to spend the time of your life in Lome: explore all kinds of foods at the main market and learn about voodoo at the largest fetish market from a 28-year-old fetish priest, Barcelona fan and baby boy.
Read the full story

Answering All Your Burning Questions About Jollof Road 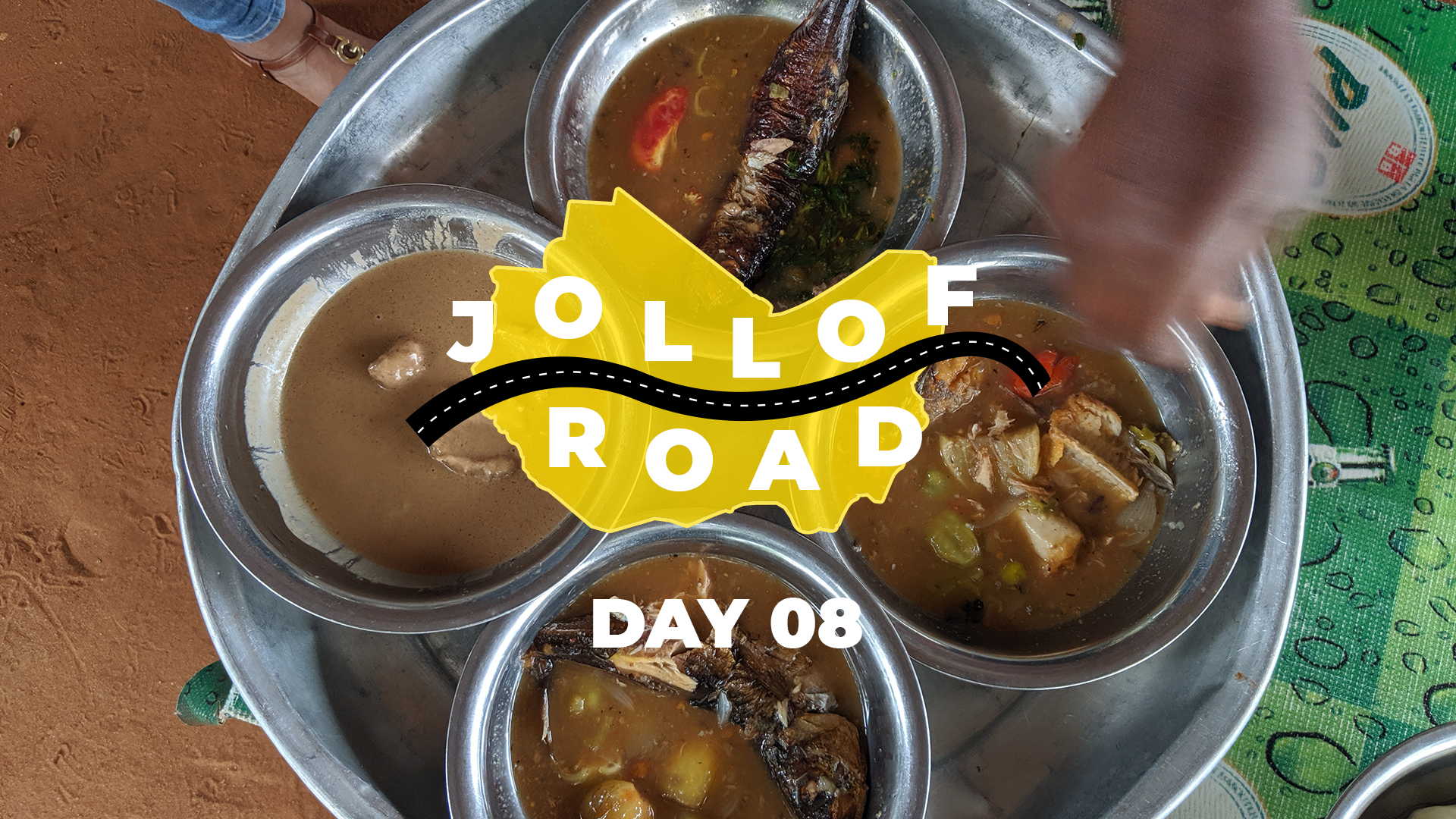 Do you have burning questions about the Zikoko JollofRoad trip? How we did the magic of crossing Seme Border in 15 minutes? Who are the people and organisations making this trip of a lifetime possible? How we choose what places to explore? The best things that have happened so far? Watch this video to see […]
Read the full story

Bad and Goofy – A Day in Grand Popo 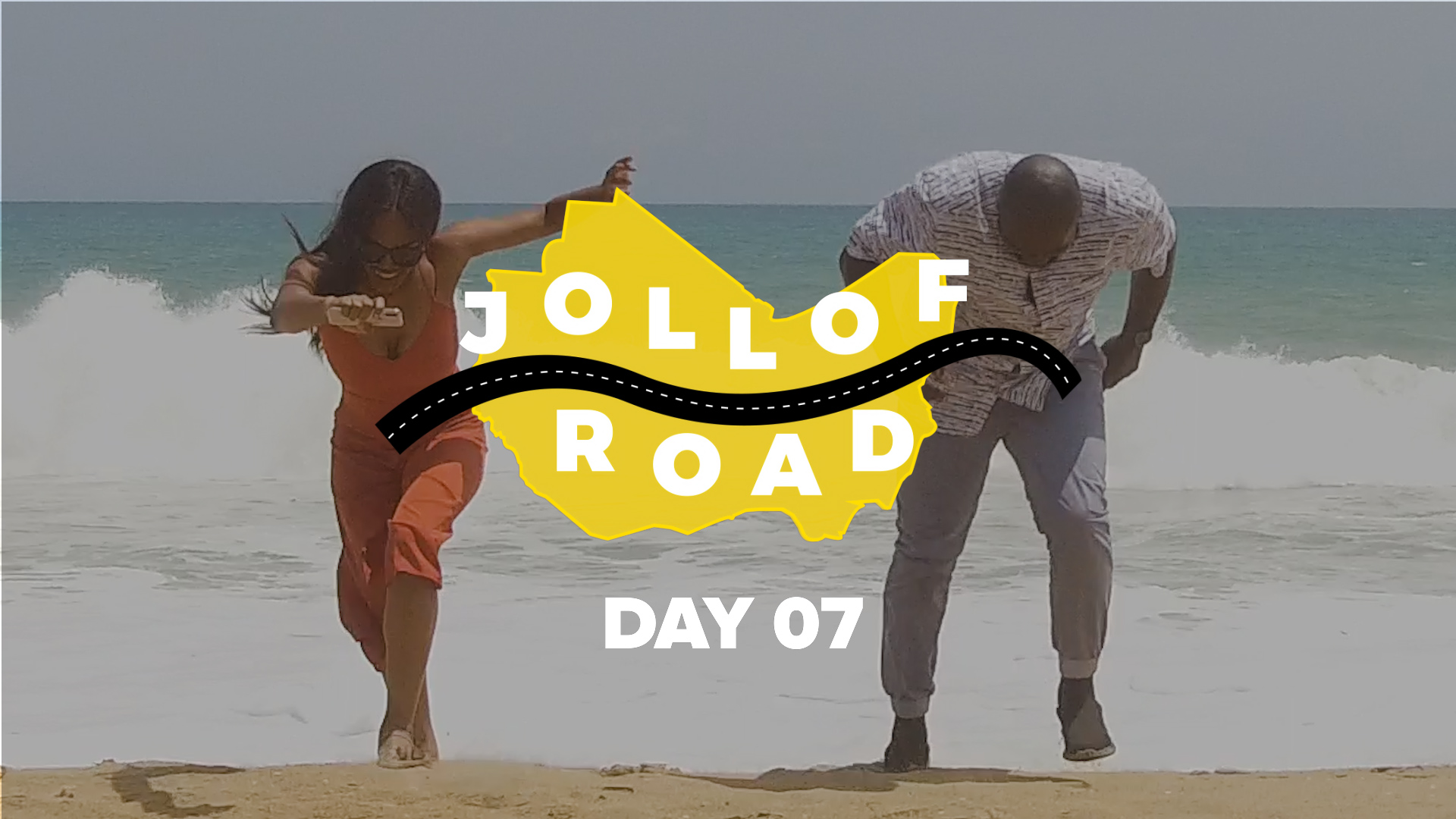 Need tips on how to shoot a video in Grand Popo, Benin Republic (or well, any other exotic beach)? Take our crash course by watching this groovie AF video shot in L’Auberge de Grand Popo a hotel that was built in 1917. Also find bonus tips on the super important things to do when you […]
Read the full story 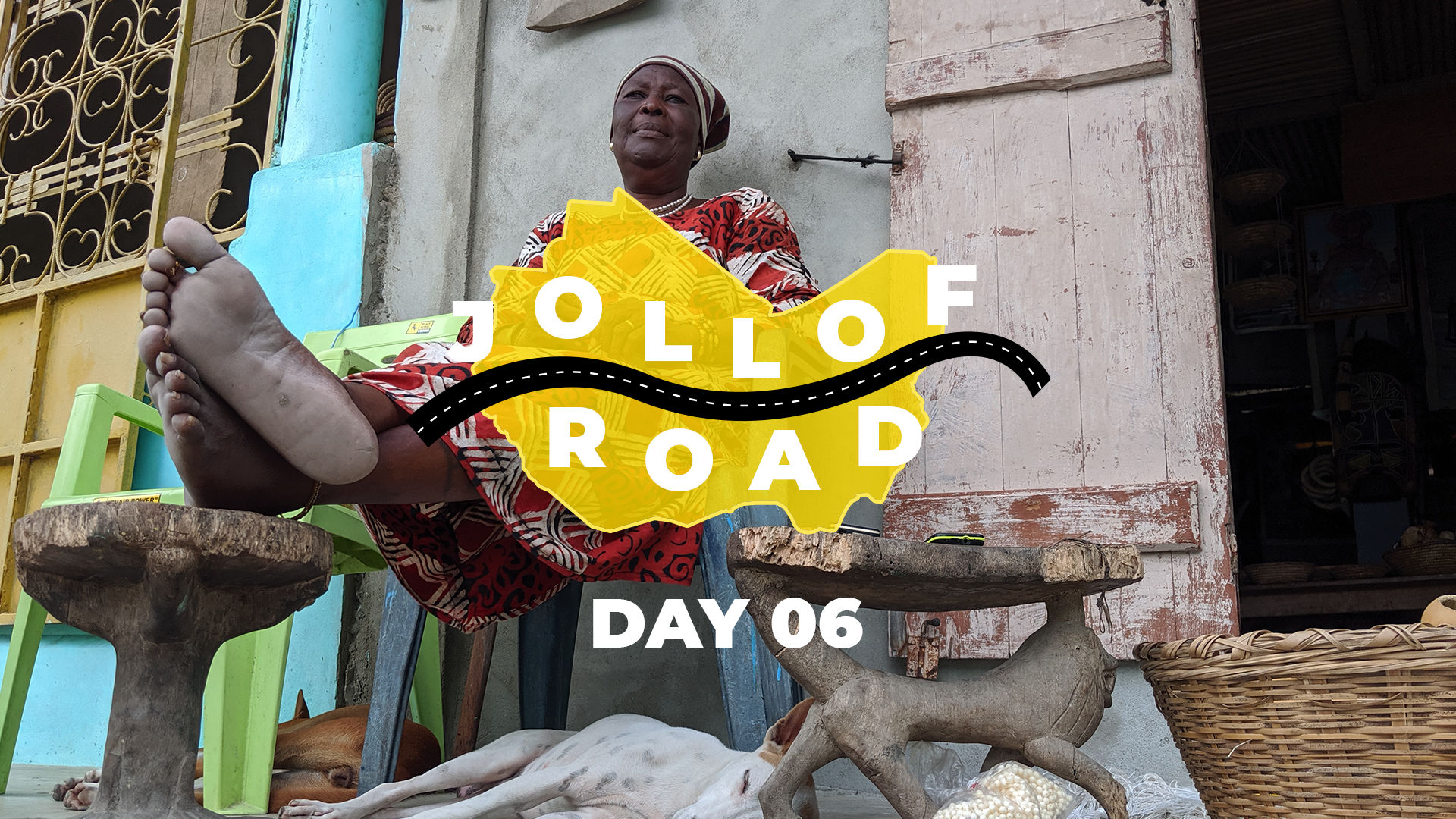 The Jollof Road team made a stop at Ganvié, Benin Republic to soak something new in, explore and gather what life’s like there. We found people and stories strangely familiar, but with their own elements. A 4-minute video is hardly enough to tell these stories, just as our short stay there is hardly enough to […]
Read the full story

How To Spend A Day In Ouidah, Benin Republic 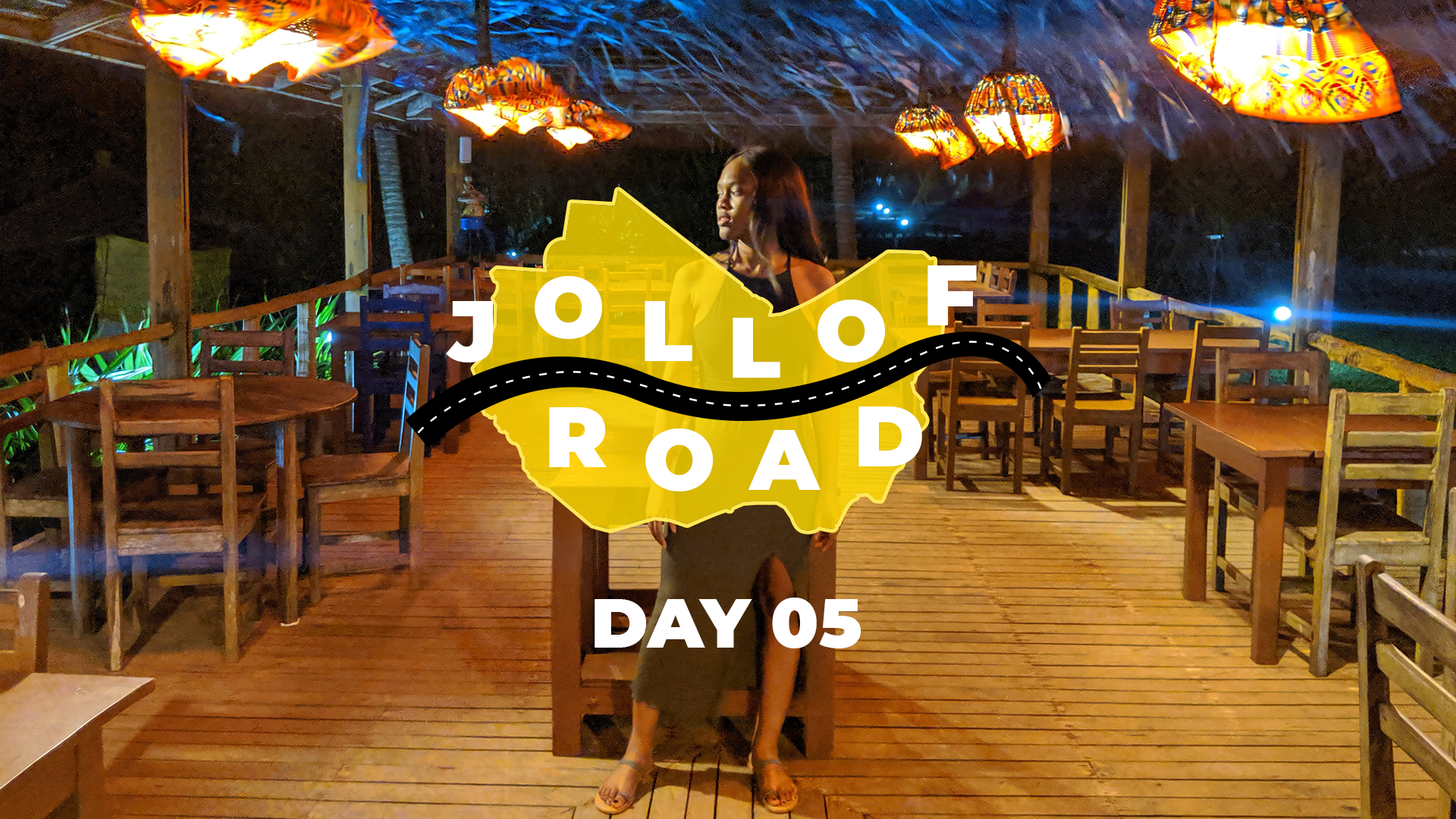 What can you do in one day in Ouidah, Benin Republic? In this video, follow the Jollof Road team as they explore the Door of No Return, carry pythons in the Python Temple, and dance in Grand Popo, Benin Republic.
Read the full story

How Similar Are Nigeria And Benin Republic 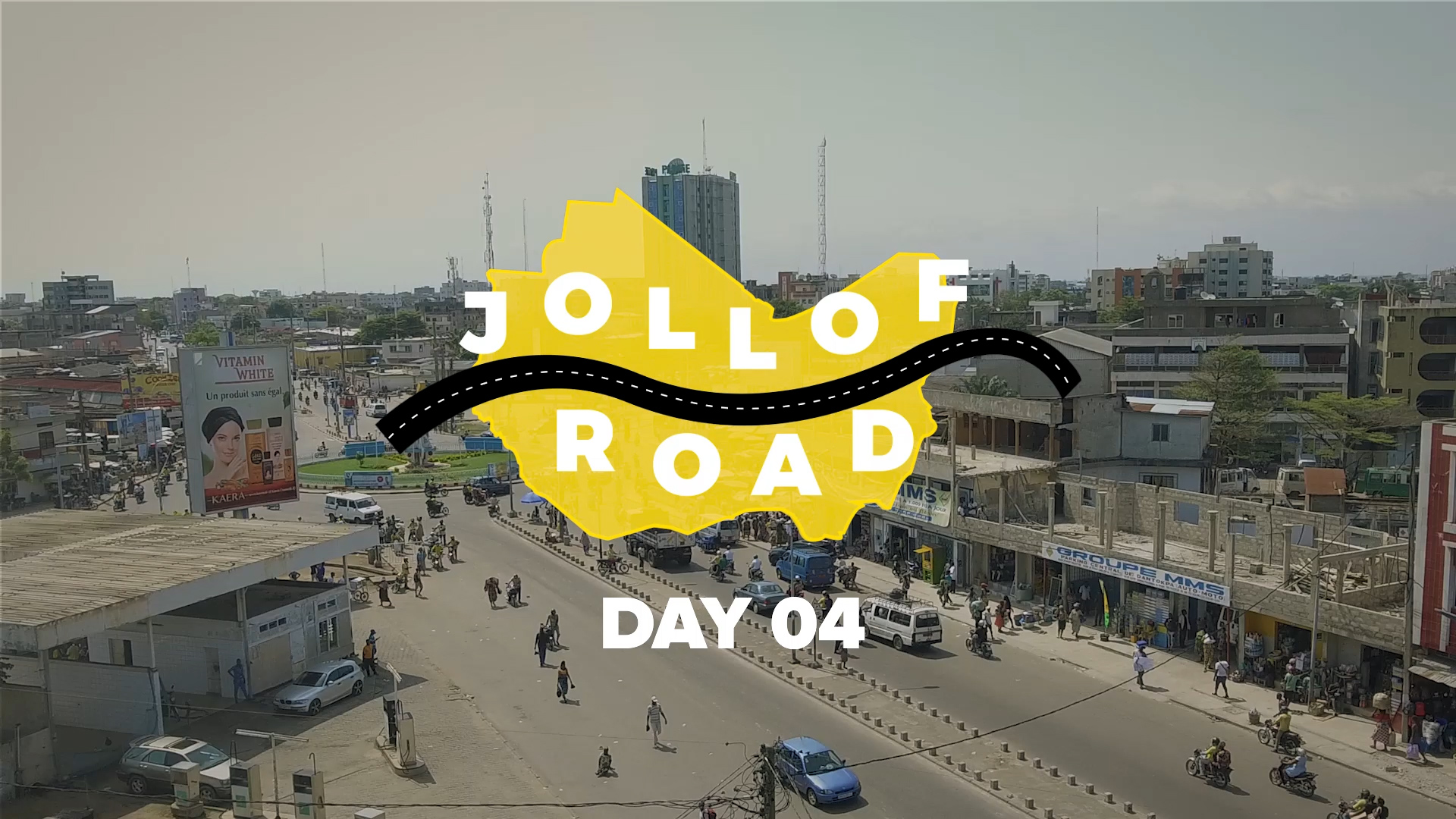 After a few days, the Jollof team has concluded that Benin Republic and Nigeria are way too similar. Mention any local dish from pounded yam to fisherman pepper soup and they definitely have an equivalent. In this video find out what else these two countries share.
Read the full story 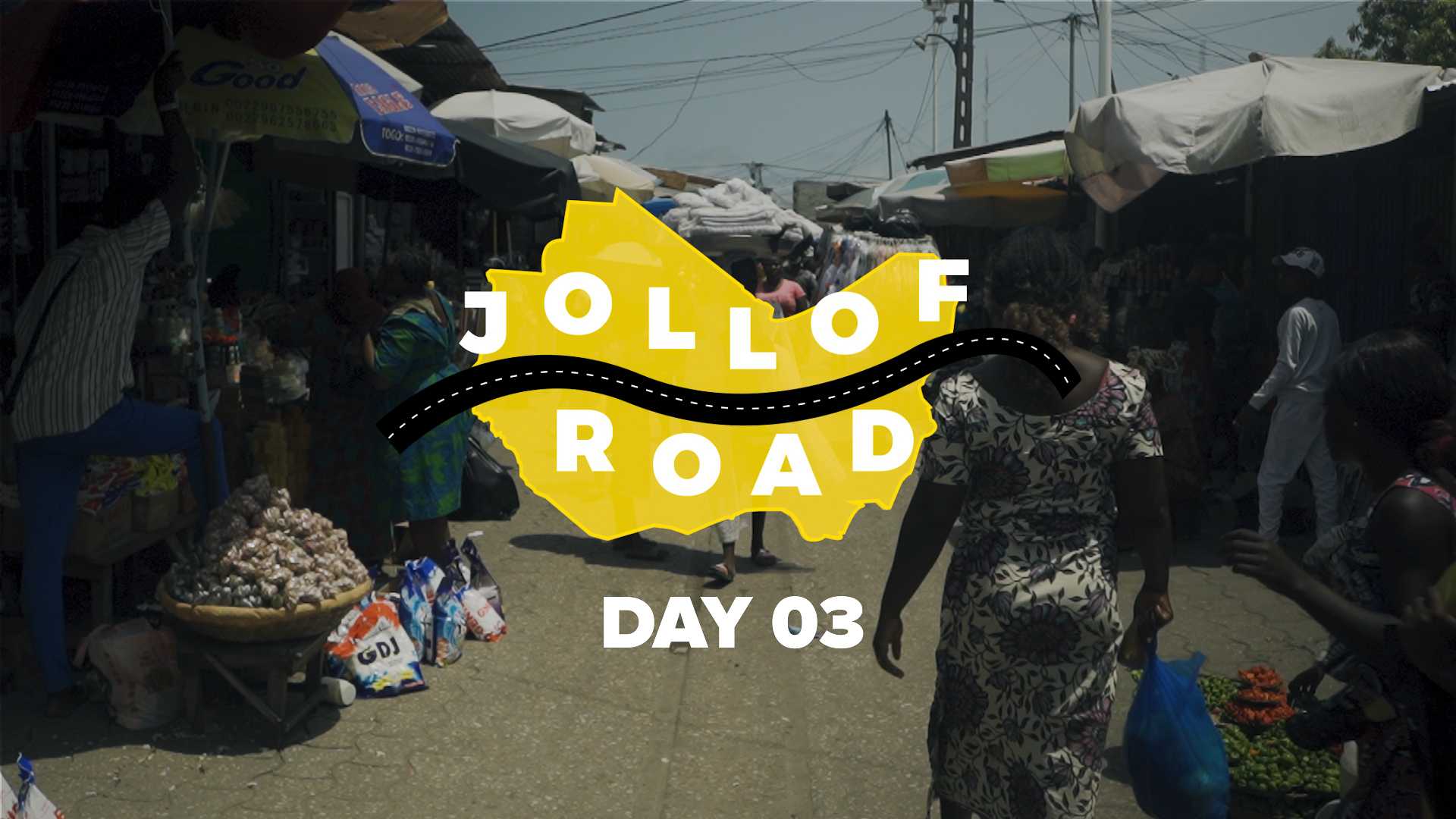 Ever heard of Dantokpa, the largest open-air market in West Africa? Watch this incredible video to find out all the things and people you’ll find in Dantokpa. What you see might shock you.
Read the full story

A Day In Cotonou 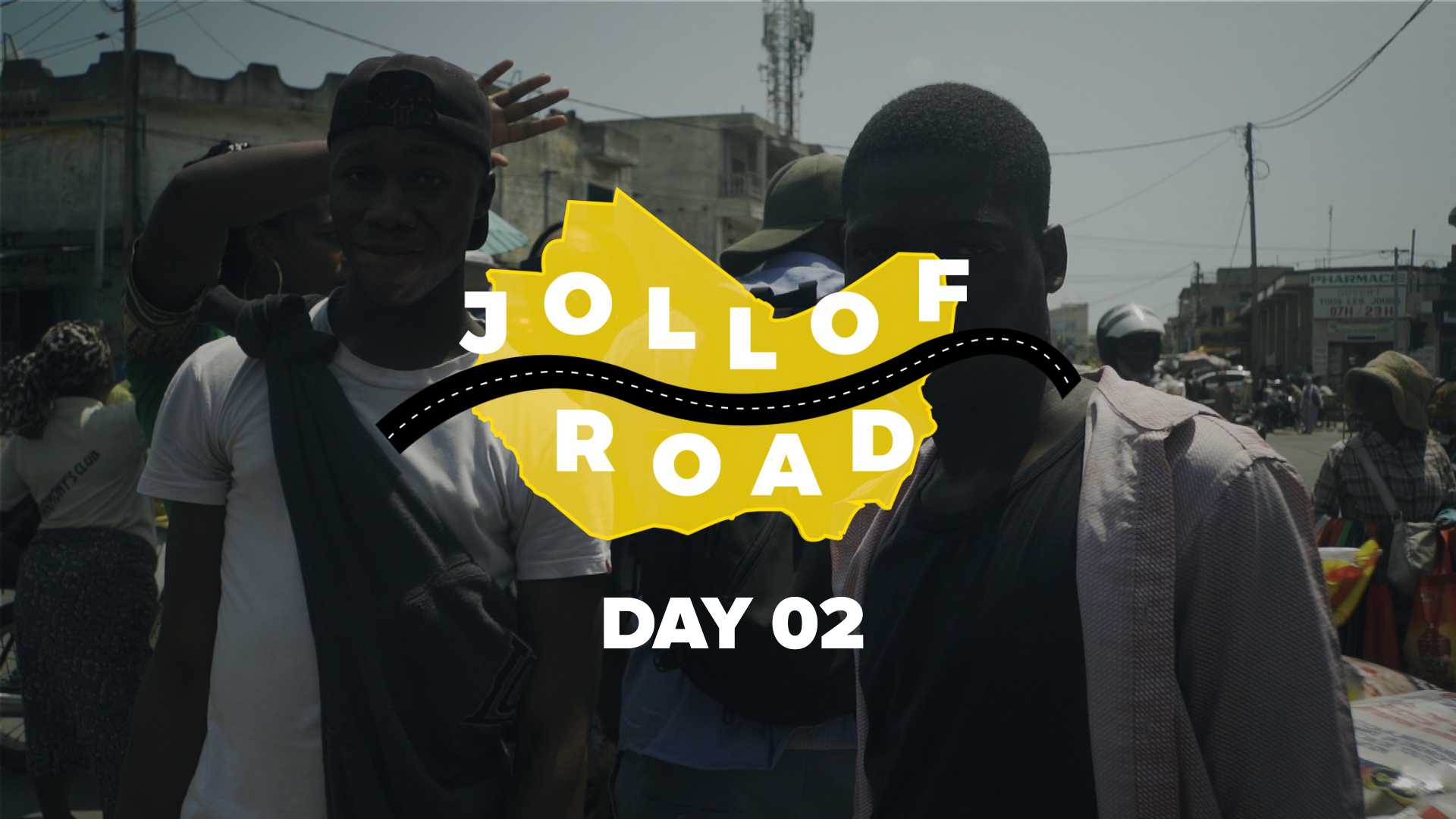 In this video, you’ll find out all the things the Jollof Road team did in Cotonou, Benin Republic.
Read the full story

How To Prepare For The Wildest Trip 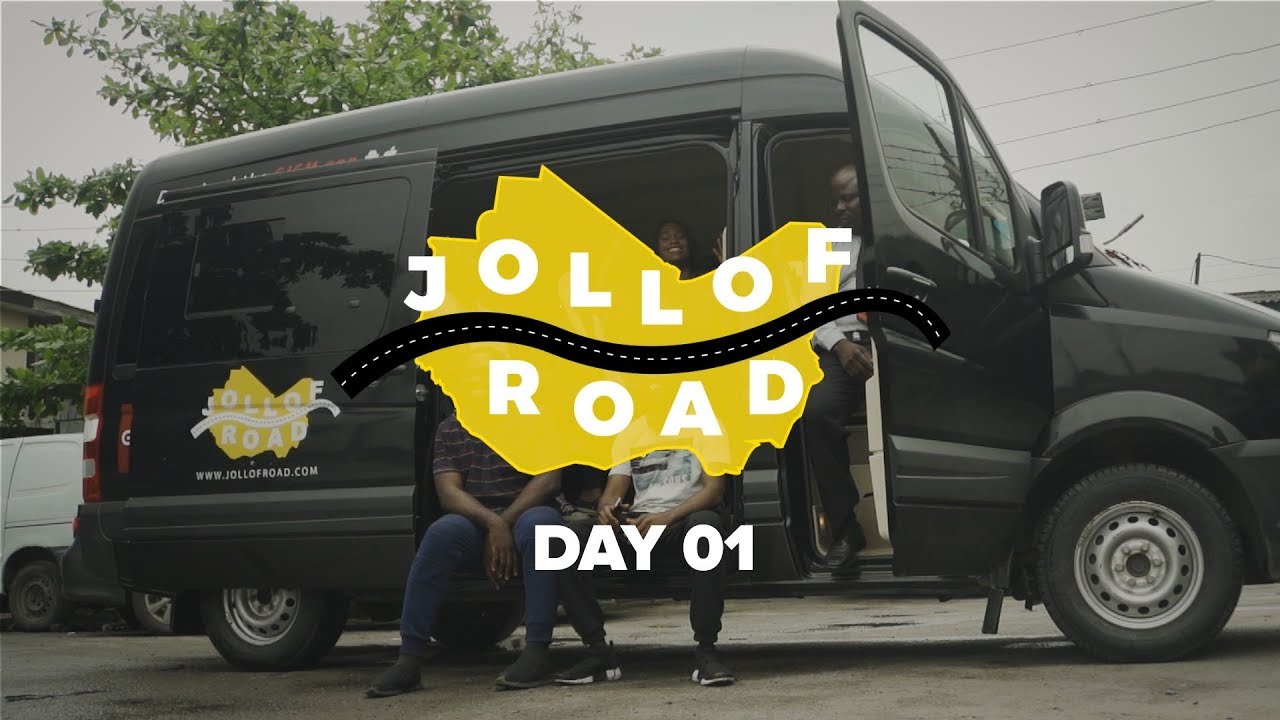 In this incredible video, we’ll be getting introduced to the core team of the Jollof Road.
Read the full story 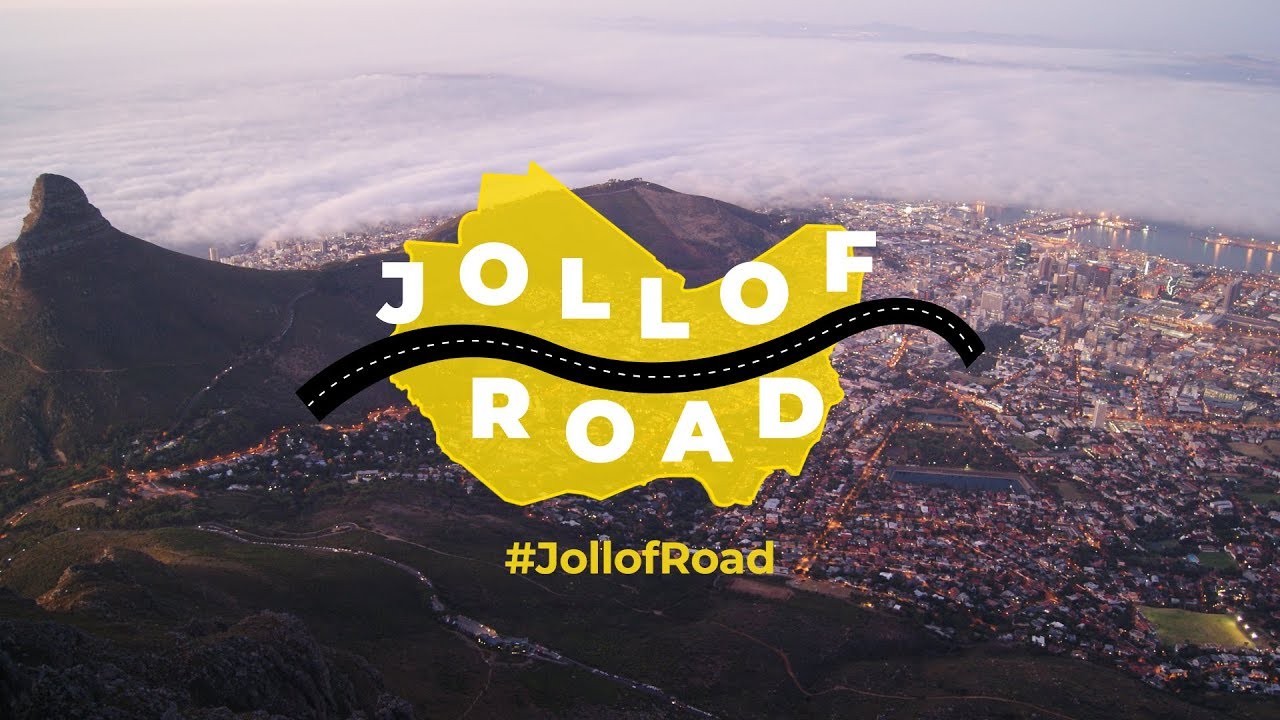 You know the when and the where but why are we doing this? Watch this to find out.
Read the full story