What Triggers The Kindness Of Strangers? 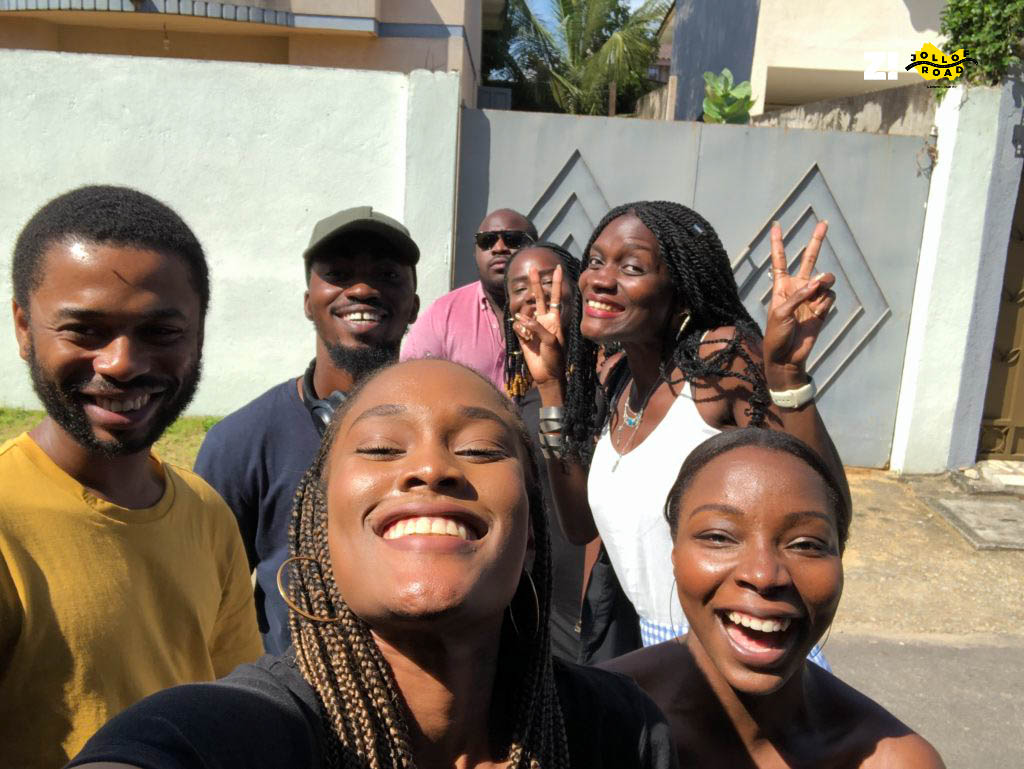 What makes a person throw open the doors of their home to complete strangers? Welcome them, feed them, act as both tour guide and friend, dedicate hours and days to cater to them and expect nothing in return?

I have no idea what the answer to this question is, but for 20 days we’ve basked in the kindness and warmness of complete strangers and even with 60 days to go, I can say with certainty that these experiences have changed all of our lives.

What’s that saying about books and covers?

I’ve spent the past couple of days trying to place Ivorians in a box. They are not as polite as Beninoise or as warm and welcoming as Ghanaians. In just three days in Abidjan, I’ve met all sorts of people.

The harder I tried, the more impossible it became. There was the rude manager at the hotel who couldn’t be bothered to hide her condescension, but there was Francis – the owner of a concept store, who for two days allowed us treat his store like our playground. Filming, shifting and disrupting.

There was the misogynistic man at the patisserie who didn’t believe I knew how the concept of money worked, but there was also Frederique – the warmest woman I’ve ever met. She made it her mission to provide everything we asked for from a bottle of water to contacts in new countries.

There was the brash immigration officer who delighted in making the process of crossing the border a little more difficult, but then there was Stephanie who was always full of laughs and ready to ply us with free hot cocoa. Then there was the DJ Arafat fan who upon the artiste’s death, quit his job and now sleeps and wakes at a shrine dedicated to him, keeping a candle burning day and night in his honour.

So if you ask me now what I think of Ivorians, I’d say they are the most dynamic people I’ve come across so far. Today is our last day in Abidjan and I don’t want to leave. The people are not as warm as Ghanaians or as polite as the Beniniose, but they are prickly and blunt. With them, it’s no holds barred and that’s completely fine.

Lagos is that you?

I’ve likened every city we’ve been in so far to Lagos in some way. Mostly because being born and raised in Lagos, I have no other frame of reference. I thought Lomé was a slower-paced Lagos and Accra a warmer, more welcoming Lagos, but with Abidjan, there are no prefixes before the Lagos. Abidjan is Lagos, and Abidjan people are Lagosians.

Even with the language barrier, all of Abidjan feels so familiar — there’s the traffic, the foreign-owned businesses being used as money laundering fronts, the colourful noisy people who are smiling with you one second and ‘offing’ shirt to fight the next second. True story. Even the mainland – island dichotomy we have in Lagos exists here. South Abidjan is the concrete city where there are apartment complexes no one can afford, so all the expats live there, while North Abidjan is a middle-class haven. All the best clubs and restaurants are in the South and everyone refers to it as the bougie part of town. There are even bridges separating them and Northerners don’t like to go to the South, while Southerners don’t like to go to the North.

I had gone on and on about how we hadn’t been stopped once and asked for a bribe when a local laughed and told me it was only because we had foreign plates.

You know how we say ‘Eko for show?’ Well, I don’t know what the Ivorian equivalent is but the government is very careful with crafting the kind of image Abidjan presents to the world. But only in places where a foreigner who’s in town for a couple of days is likely to see, not in the backstreets of town.

Gonzagueville, a district just outside the North of Abidjan has in the past year, witnessed a systematic overhaul to expose more of the coastline and convert it to a tourist wonderland. The cost of this? The bulldozing of dozen and dozens of shanties and the displacement of the people who lived there. Where are they moved to I ask? Are they compensated? What happens next? The answer is short they (the government) don’t care.

I commented on how we hadn’t driven into a single pothole since the border and they told me to get off the main roads and drive into the side streets where their lower class are carefully hidden.

Any of this sound familiar?

One of the things I’ve been most curious about on the trip is what the fashion scene outside of Lagos, looks like across West Africa. With two fashion weeks, it’s easy for not just me, but the world to take a peek into the workings of the Lagos and Nigerian fashion industry. For the rest of West Africa, it’s a little obscure.

My curiosity and our new friends at Comptoir Les Artisans led us to Pelebe who graciously gave us an interview and let us prance around his workshop and get too friendly with his adorable pup for a couple of hours. When it comes to the West African fashion scene, he had one concern – that we weren’t doing enough to put ourselves on the map. Frederique, the head buyer at Comptoir Les Artisans shared the same sentiments – we have to demand more from ourselves. Shoddy finishing, unravelling seam lines, cheap zips and all-round poor production is a consistent problem with West African designers across the region. For Frederique, her dream for African fashion is for the emphasis on Africa to be dropped and the fashion that comes out of this part of the world be seen as just fashion.

I also met the most strikingly beautiful woman I’ve ever seen on this trip. An Ivorian supermodel, whose mere presence in her tube top and biker shorts immediately made me feel frumpy in my sneakers and shorts.

Today, we head to Yamoussoukro to visit what is said to be the biggest church in the world. I have no expectations and that’s thrilling. In Ghana, I expected warmness at every turn. In Benin, I expected politeness and some nonchalance, but Côte d’Ivoire has kept me on my toes.