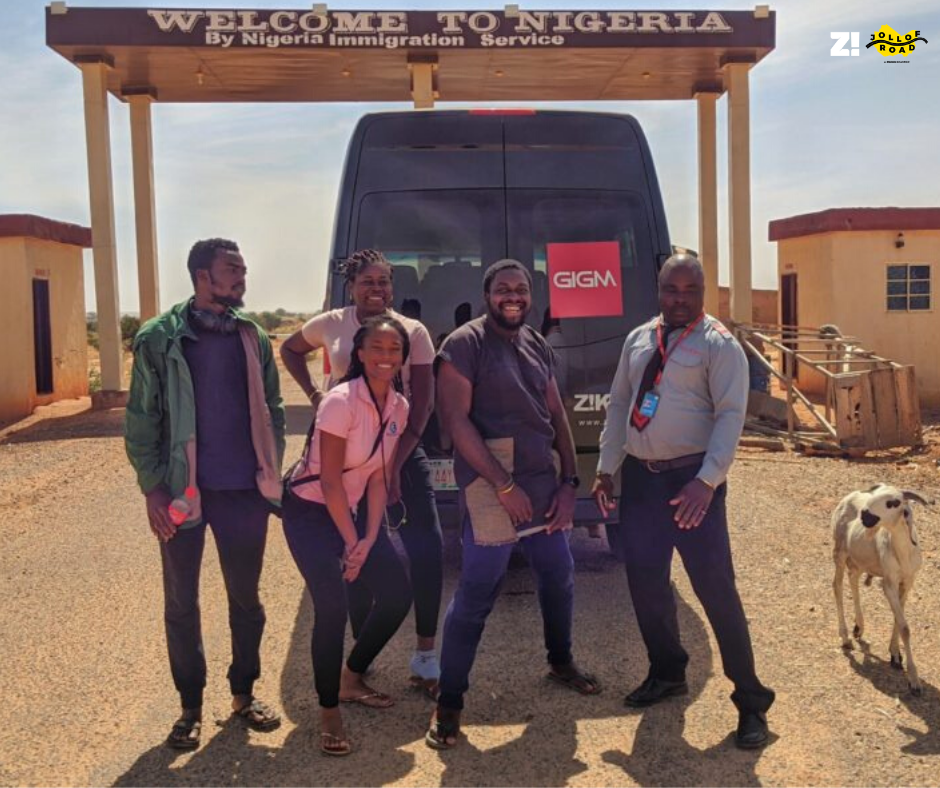 The road to Nigeria was uneventful.

It was a lot of the usual; passports for stamps, we stopped at checkpoints, answered the same old questions and said the same things we’d said in all the dozen checkpoints we’d passed to reach here.

The roads were long and decent. Both sides of the roads were mostly dust and rock with the occasional small settlements.

When we got the last stamps, the one right before the Nigerian border, the mood changed.

The border is a gate, a gatehouse, and a Nigerian flag. It was all we needed. So we took one for the gram.

My favourite thing about this photo, besides the ram, is the kid who took this photo. He just sat there while we jumped and goofed around.

I asked him his name in my finest Hausa — I know about five sentences in Hausa. This includes “how are you?” and “I’m hungry”.

Then we went off, found a good spot and practiced shoot. Every time I said shoot, I hit the shutter. And by my third hit, he was hitting the shutter to my “shoot” too.

And so, we struck a pose, and he just clicked everytime I said shoot. Shoot. Shoot. Best kid.

Off we went to Sokoto. The first serious checkpoint was the NDLEA’s. When one of the officers started talking, everyone knew the accent. And as he joked about useless border closures, Toke laughed a lot. The “throw your head back and ha-ha-ha’ kind. But it wasn’t because of his jokes.

“I haven’t heard that accent in a long time,” she said and laughed some more. “This is how I know I’m home.” The NDLEA guy, like Toke, is from Delta State.

The rest of the road to Sokoto was like the beginning.

Wait, did somebody just say naira?