I Got A Bridal Treatment 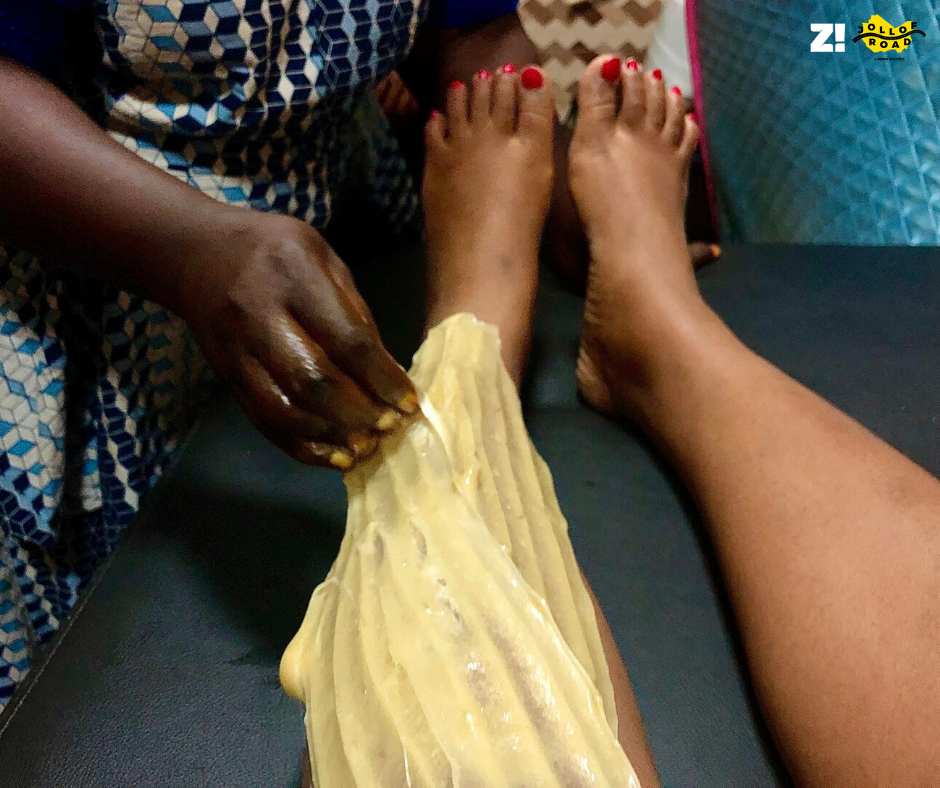 Northern Nigerians have a very interesting wedding culture. For them, weddings aren’t just ceremonies, they are festivals that can last several days depending on how deep your pockets are. One part of Northern Nigerian weddings that has always intrigued me is Gyaran Jiki.  That literally translates to ‘fixing the body’. It is done to pamper and prepare the bride for her wedding day. That wedding glow you see on a Northern bride isn’t just because she’s a blushing bride; her skin has actually gone through several rounds of pampering.

The process involves a complete body hair removal with sugar wax, which is also done to remove the first layer of dead skin cells. Several scrubs done over a period of days sometimes even up to a month. And finally seating over a mix of burning herbs with your legs spread open to cleanse you from the inside out.

Even though there are no weddings in my immediate future (much to my mother’s disappointment) I had to try it. Many reviews promise you’ll leave a session with glowing skin as supple as a baby’s and your sweat smelling like roses. Some people even claim it increases their libido.

When I asked Ummi the owner of House of  Hermana who almost exclusively provides this service about that particular the increase in libido, she dismissed it. According to her, some of these sessions include Kayan Mata which is a whole other thing and specifically meant to increase your libido. But Gyaran Jiki is just a pamper session.

I’m no stranger to waxing but sugar waxing is relatively new for me. I had done it once before but never my whole body. She started with my legs and arms, even taking off the hair on my knuckles and toes. Then to my surprise flipped me over and attacked my butt cheeks and my back. I don’t think I’ve ever noticed a single hair grow there but I definitely felt them as she worked the warm mound of sugar wax over my back.

Next, she did my stomach and chest saving the worst for last. The Brazilian. I started getting Brazilians a year ago and I’m here to tell you that people who say the pain gets better are straight-up lying. I wriggled and yelped my way through the Brazilian and then she was done. By the time she was done, I felt like a plucked chicken. Completely hairless and a little pink.

The first scrub is called Kurkum. A paste of turmeric, egg, oils and some other ingredients. I stood on a tarp butt naked as the woman rubbed on the paste on every inch of my body with her hands. She left it to dry for a bit and then started rubbing it off with her hands. The rubbing process is intense and could leave you feeling a little raw if you have sensitive skin.  Most especially if you’ve just gotten your whole body waxed.

After the first scrub was rubbed off. I was coated again with a brown looking paste. When I asked what was in it, she said the major ingredient was potatoes. Like with the first scrub I waited a little for the paste to dry and was rubbed down again. After I was given a sponge and some black soap and asked to shower.

For the steam, a bunch of herbs (and I should have really found out what they were before sitting over them) are burned on coal and put in this.

I sat over the box with my legs spread apart and immediately felt the steam and smoke from the burning herbs work it’s way up into me. For some reason I expected it to be a little uncomfortable but it wasn’t. It felt warm and comforting and I sat way longer than the recommended 15 minutes. For the rest of the day, I kept catching whiffs of the burning herbs on me.

78 days of traipsing through 14 counties in our hot and humid weather meant I was seriously sunburned. Right after the wax, I could already see a significant improvement on my skin. After both scrubs, the shower and the steam I felt a little sore but positively radiant and very reluctant to step back into the sun. 10/10 will recommend whether you are a bride or not.