This Has Been The Hardest Border To Cross 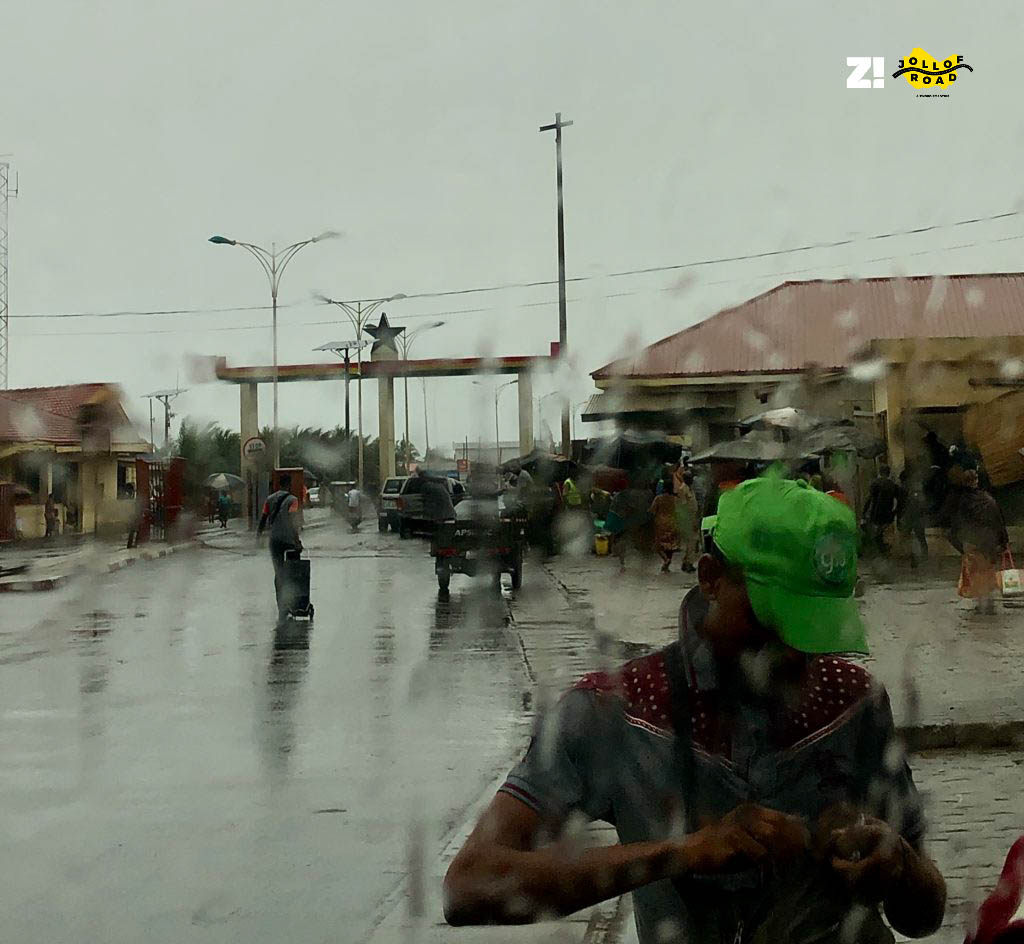 On the day we left Lagos we set off for the border at 9 am. The plan had been to leave for 6. We were late and fretted about how that would affect our trip. It was common knowledge that Seme border was a mess and there were even rumours that it was closed. We expected to be kept there well into the night. We ended up crossing it in exactly 15 minutes.

Crossing from Benin into Togo. We were a lot more relaxed. We did some running around in town before heading to the border at 2 pm. We crossed in 30 minutes and found ourselves driving from one end of Togo to the other in 2 hours in search of SIM cards and our hotel.

We meant to set out early but ended up heading to the border at 12 pm. We got to the border in under an hour. The first thing we had to do was find an agent. Captain Taiwo had a plug so we were sorted on that end. He collected our passport and in 20 minutes our passports were stamped. Now came the difficult part. Clearing the bus. An undertaken had to be sent from our transport partners – GIGM’s head office with their letterhead unless the bus couldn’t cross through.

It took an hour and thirty minutes for that and other documents we needed to clear the vehicle to be sorted before we went through our first customs check and got flagged through. Five minutes later we got stopped for another customs check. Here we found out that there was an error in one of the documents. Our vehicle had been described as a car and not a bus, and so we had to go back and fix it. That took another hour.

And so with the help of an agent and a couple of Cedis to grease palms it took us three hours to cross the Aflao border.

Even with the help of Tosin, navigating two francophone countries in eight days is hard when the most french four out of our five member team can speak is ‘oui’ and ‘bonjour’. So hearing some ask her to please speak English when she burst into rapid-fire French was music to our ears.

After spending 8 days saying ‘ouis’, ‘nons’ and ‘bonjours’, we caught ourselves responding to English with our limited French vocabulary within the first couple of hours we crossed the border.

Of CFAs, Naira and Cedis

In July 2007, Ghana made the decision to redenominate its currency, and nothing was the same. What used to be 10,000 Cedis became 1 Cedi. Today their highest note is 50 Cedis and 1 Cedi is 68 naira. After dealing in only CFAs for 8 days where everything from SIM cards to bread costs thousands of CFAs. It felt almost ridiculous buying a SIM for 10 Cedis and buying a large bottle of water for 3 Cedis. Even in Nigeria, the last time anything was priced with a single number was probably when Obasanjo was still president.

So far, not really we spent 10 cedis buying 2 gig worth of data, if you convert that to naira it’s 680 naira for 2 gig. A better deal than you can get from any telecom in Nigeria. A big bottle of water which usually costs 100-150 naira, cost 3 cedis – 200 naira. But a plate of rice, stew and chicken cost 9 Cedis, the equivalent of about 600 Naira.

What’s a city without traffic

When we got into Cotonou we all thought it seemed like a Lagos. Only a little slower. No one was in a hurry and you never heard a raised voice. Then we got into Togo where the pace quickened and we all thought now this is more like Lagos. But we had all somehow forgotten the one thing that made Lagos, Lagos and that was traffic. Getting into Accra jogged our memory. While Togo and Benin might be somewhat like Nigeria nothing feels more like being in Lagos than getting stuck in traffic.

Today we go on a hunt for the infamous Ghana Jollof and stop by Osu castle.