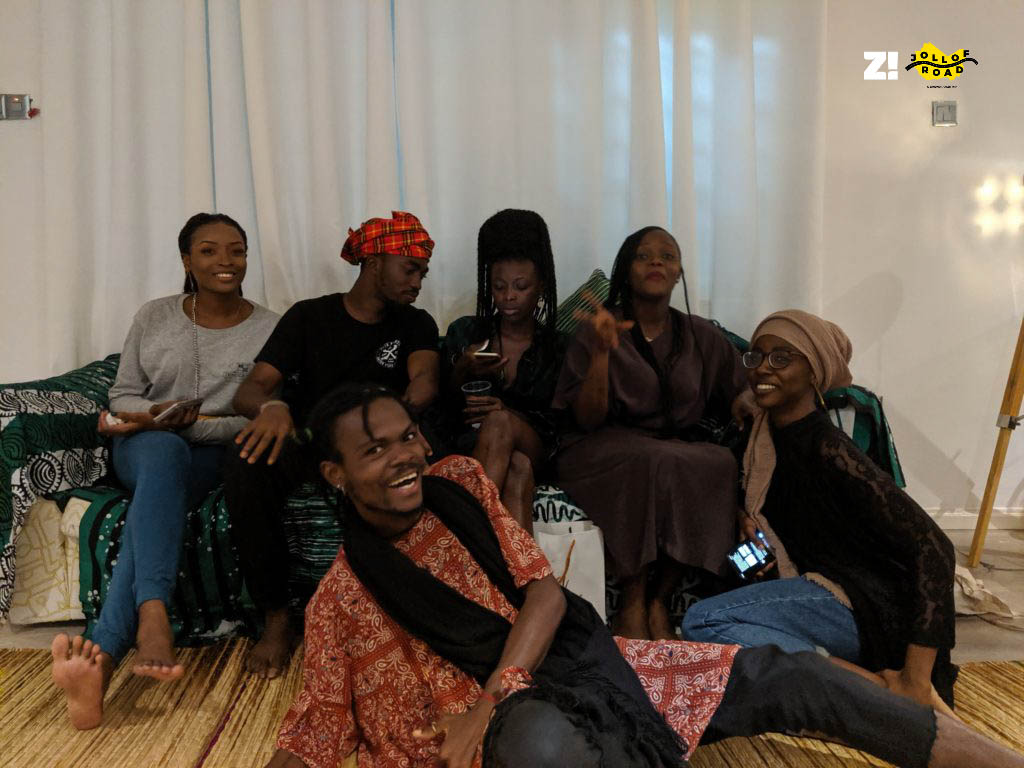 “Make sure you stop by at Impact Hub.” Kelechi’s tweet is what gets our day going.

Impact Hub is an Innovation melting pot in Central Accra that’s unlike any one I’ve been in – I haven’t been in many. What I find interesting though, is that it’s much about technology as it is about culture.

But this is not the near-death part, I’ll get to it.

We talk about everything from his Ghana-Nigeria dual identity, to the Impach Hub network in a ton of countries across the world. We talk about West Africans stepping up to build their futures, considering most of the governments are struggling, failed or quarter-to-failed.

“That’s why we tend to grind more.”

We talk about lunch.

“Try Asabea’s,” he says, “that’s where we generally tend to go eat.”

We reach Asabea’s to meet the lunch crowd – it’s not really a crowd, but it’s full.

She – I asked her name, but I’ve forgotten now – tells me they have Fufu, Rice Balls, Banku.

“What’s your favourite,” I ask. Asking for the host’s favourite is easier than choosing.

“Eish, what’s your next favourite?”

Toke asks for Banku and Okra. Tosin in typical fashion, settles with the safety of Rice and Stew. Kayode goes Banku with Groundnut Soup.

“I think this Banku is going to be something of an acquired taste for me.”

“Let me try it,” I say. After the first swallow, I acquire the taste with immediate alacrity. Kayode’s acquisition also shows no sign of struggle.

By the time we’re done, and have washed down the food with a ginger drink, we’re already operating on a new level:

“I for ginger you make we bankulize.”

We make a quick stop at the Osu Castle, the first administrative building inn Colonial Ghana. It’s just by the Atlantic, and it’s not hard to see why those Colonial Masters chose this spot.

“No more visitors after 4pm,” an older staff says, after a younger, enthusiastic staff has told us they were still receiving guests – my phone says 4.30pm

It’s more a case of lack of communication than hierarchy at play.

Our younger guide is Benjamin. He takes us to the coast, just beside the castle. It’s a great view, with a sharp drop to rocks. It’s also a great place to do it for Instagram, for the culture. So I whip up my most colonial explorer pose;

This is the part the headline promised you.

“You should come to Republic this evening,” Kelechi says, “everyone comes to Republic. The crowd starts to show up at 8pm.”

It’s a Bar and Grill that someone from Instagram also recommended. Although we have hours between us and 8pm, we go to Republic to chill.

That’s when I get the DM:

“Heya, just a lover of Zikoko living in Accra. Are you close by Osu? And would you like to do a naija appreciation dinner in an apartment? It’s scheduled to start soon. Short notice, I know. Do let me know if you can make it. Peace.”

– It’s from a complete stranger, and it’s not terrifying at all.

“Guys, this is the night that we die,” I say. We check the Media, see a photo or two. Not enough to be convinced that we’re not about to end up in Kanayo’s Room. But what is my response?

Now is the time to check in on our loved ones. We’ve been in a country for less than 24 hours, and now we’re visiting strangers’ apartments. Our Nigerian parents would be so proud.

The next message comes in:

“Sharifah on ig @/wizsharifah – tell her you’re from Zikoko that super cool outfit moshood just told her about.”

I check Instagram, and Sharifah doesn’t have a single post up. A stranger sending us to another stranger. So what do I do next? I message Sharifah.

“Hi Fu’ad! Where are you guys staying? I’m having a Nigerian Independence hangout at my spot in Osu.”

How does Fu’ad, the dependable voice of reason respond?

“Send me your location.”

When we reach the street, it’s mostly empty. Is this the night we all vomit dollars?

We find our way into the compound, and the first wrong turn puts me face to face with two rotweilers. When we find the right entrance, it opens into a living room.

It’s never hard to spot the owner of a space, so when she says “I’m Sharifah,” we know it’s the right spot. There are paintings hanging on the walls of the well-lit living room. A portrait of Basquiat hangs beside the washing sink in the bathroom.

People haven’t finished arriving, but four people showing up at once is enough to start a living room party. Moshood wasn’t even there yet.

But, nothing dey happen. The living room starts to fill up. There’s a Nigerian student who’s just got a job and is choosing to stay behind in Ghana.

There are Aba babes – Jane and Davina – whose hearts have been snatched by Accra, because there’s always light.

There’s another babe who’s half Yoruba and half Akwa Ibom who makes destiny-snatching Gizdodo. There’s a Photographer who’s started a Nigerian food delivery business with his mum. He comes through with Poundo, Yellow Eba, Egusi, and Ogbono. For the culture.

I want to do a full census, but that’s about 10 people. You get the gist.

“So here’s a Ghanaian wishing y’all a happy independence day,” Sharifah says during her toast.

There are other non-Nigerians there too, like Binta, who’s from Guinea, and is Fulani.

I’m having a proper international student moment, with all these cultures jumping around a lit living room.

By the time Moshood shows up, he’s playing catching up, because this band of four, who’ve been in Ghana for just about 24 hours, already feel at home with this strangers bonding over a shared passport.

The Egusi plug is also the Aux guy. From plate to playlist, dude has this whole thing on lock.

He gets the night going with 70s Nigerian Funk, as he gradually travels down through African Queen, through Styl-Plus. When he reaches today, people are jumping to Santi’s “Rapid fire” and jumping to Naira Marley’s Soapy. All the bodies are lifting to Zlatan’s “Gbe body e” on Burna’s Killin dem.

So here we are, in this living room, Toke telling them about #JollofRoad one minute, and Kayode teaching them to Zanku. Me grabbing the umpteenth cup of ginger beer. All of this, with complete strangers we didn’t know 3 hours ago.

It could have been better safe than sorry, to avoid stories that touch.

We didn’t play safe and we’re not sorry about that.