How Do You Buy Food When Can’t Speak The Language? 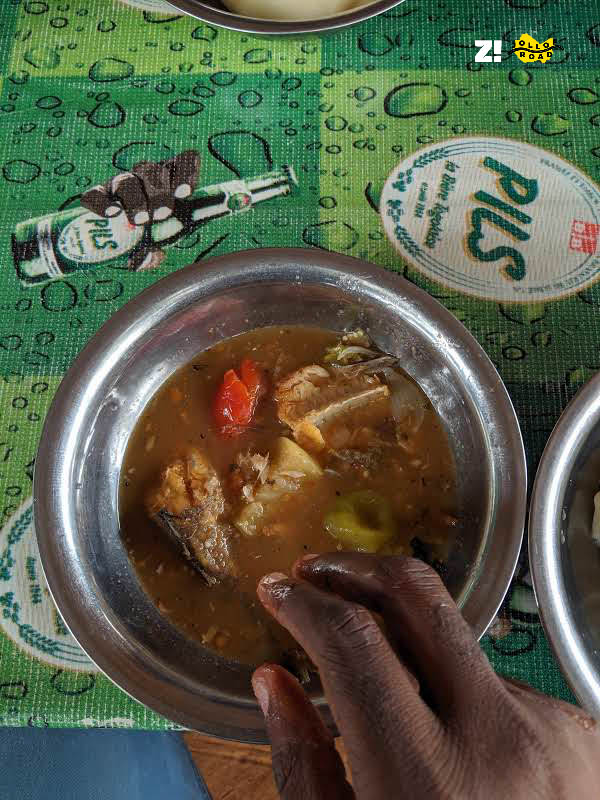 The first thing you learn quickly when you enter Lomé is that everything that was on the low in Benin, is on a high here.

The food is spicier. The motorcycles are trying to kill you. The police presence is especially stronger. So what happens when you’re driving in Lomé with Nigerian plates? Chances you’ll get flagged by the police is pretty high.

“If you hear the whistle,” Captain says, “just stop.”

Where I come from, when the police really wants you to stop, they;

I’ll take whistles over any of these anyday. And the bribery scene? “They ask for money, but mostly like tips,” Captain explains. “If you don’t have your papers complete, there’s nothing you’ll give them that they’ll collect. They don’t play with documents at all.”

We run into a couple of people; from Carl who speaks like. Then there’s Femi.

“I find your name very interesting,” I say, “what’s the meaning?”

“You should tell them how you got your name,” Osahon says. She smiles the smile of someone who’s said the story so many times.

“My dad named me Femi because he likes Femi Kuti so much,” she says. “He’s Malian, and my mum is Togolese.”

We talk some more about Togo, and our itinerary, and all the places we should be visiting. Like the Fetish Market. Or the beach on the weekend.

Time to move, and our compass is pointed in any direction that leads to food. We end up at a canteen whose owner reminds us all of all the Buka mummies we didn’t like very much.

“Does our Travel Insurance cover sickness,” Toke asks when she’s triggered by how the Buka mummy handles the food. Of course it does. It’s Leadway.

Everyone’s having Pounded Yam, the type that makes you wonder what exactly Nigerians have been pounding all your life.

It’s smooth, and fluffy, almost like a memory pillow. The consistent struggle is that, like the Pounded Yam we had at Cotonou, this one’s also cold.

The soup is even more interesting. It’s Sauce Blanc – White Soup – but it’s nothing like Ofe Nsala, the Igbo White Soup, and it’s for more than one reason. First of all, Togo and Benin les cantines have a thing for making sure you don’t miss out on the pepper and tomatoes.

So they just throw in the fruits whole – the tomatoes and peppers that is. So if you really want your pepper or tomatoes, you’ll have to dig in with your teeth.

One other difference it seems to have with Ofe Nsala is the thickness – Nsala uses a thickener like yam to reduces the chances of the soup dripping down to your elbow.

Still on food – a few hours later, Kayode and I step out of our hotel to try out a neighbourhood Canteen.

It’s the first time we’re trying to get food without Tosin, and to put it simply, it almost ended in tears.

This woman is ready for me, because she just says a bunch of things, and all I remember is “Ivory Coast” and “Poule”. We’re not in Ivory Coast, but I assume whatever she’s making is from Ivory Coast. I know Poule is chicken.

So the oui begins. We just yes everything.

Next thing you know, one of the women working there has pulled a full chicken out of the freezer, and she’s prepping it for us.

“Kayode, did we ask for full chicken?”

But language is a bastard, because we’re sitting there and we’re worried that if we complicate matters, we’ll end up pissing them off, and go to bed without dinner.

One guy there is slowly pounding pepper in a mortar, and looking at us. I don’t even know even if it’s sympathy or disgust. I don’t care, I’m hungry.

The woman running the place is pounding with him, her right hand holding a pestle, her left holding a cigarette.

Just when it looked like our fate of Poule was about sealed, Gerrard, our Saviour showed up – he’s the receptionist at the hotel on duty. I’d have cried and hugged him if he’d come 10 minutes later.

Apparently, we’d oui’d to Chicken, a full chicken, and chips.

What is the moral of this story? If you must buy food in a place where you don’t understand the language, maybe point at the food. If you can’t, you better have pictures.

And if you don’t have pictures, I guess you’ll have to oui-oui and take whatever lands in front of you.