West Africa Is Diverse, But The Popular Culture Is Predominantly Nigerian 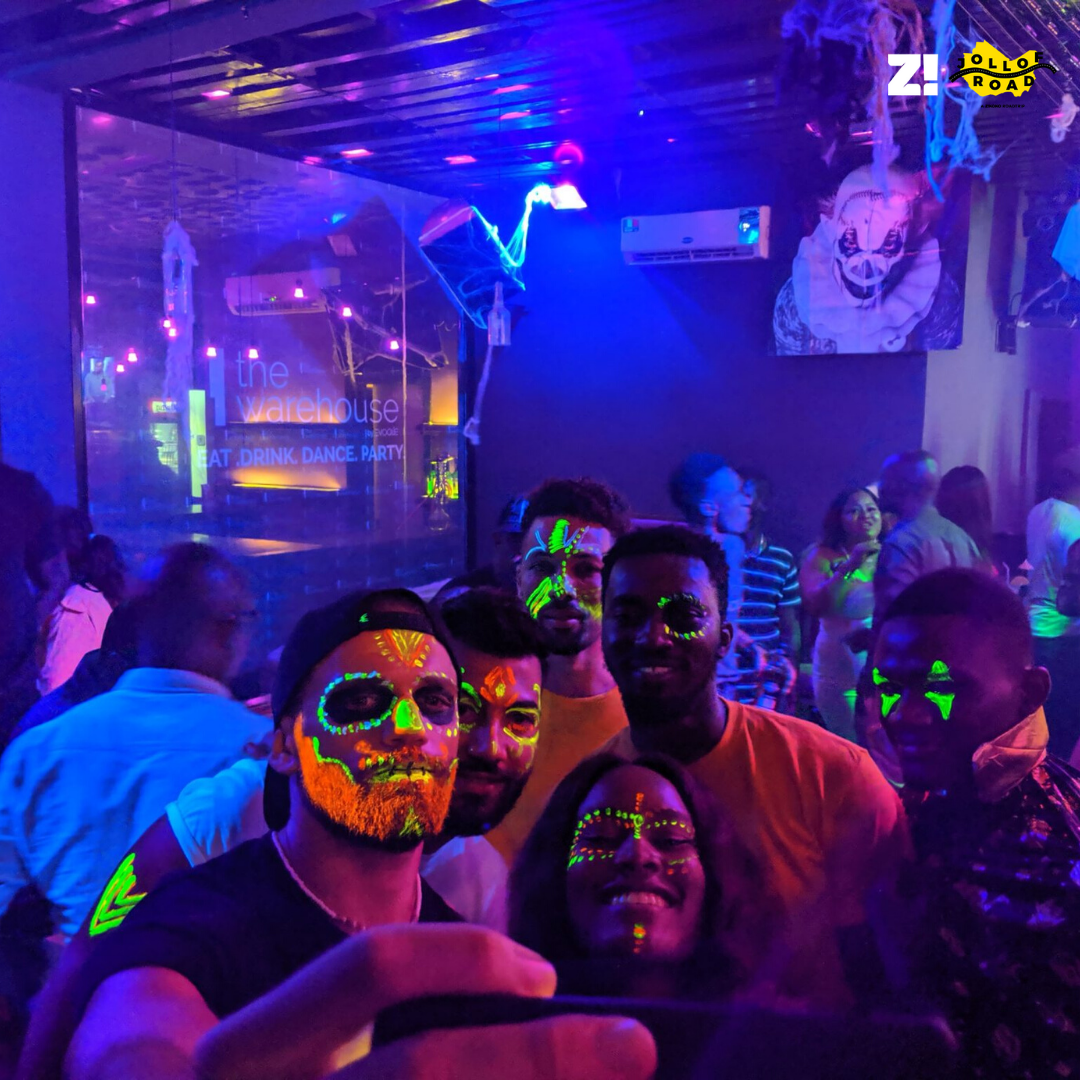 They’re noisy, the music is too loud, some people look like they should be in bed, and it’s pointless if you don’t drink anything that’s not alcohol. Add to that, everything is overpriced.

But somehow, Toke, Kayode and Tosin would do anything for a good night out in one of these traps. That’s okay. Sometimes, they manage to drag me along – occupational hazard. Dragging me along is how I know all those low lights and noise aren’t my thing. An option I generally prefer is to sit down with Captain while we talk about MC Oluomo and maps.

We’ve done this across a few countries, and one thing is consistent: Nigerian music.

One night in Sierra Leone, Toke and Kayode were painting their faces for some Halloween party – I still can’t believe Halloween is mainstream in Africa – Tosin was dancing every time she got the chance.

Me? I just stood in a corner, looking. I suddenly had a thought: what if I tracked two hours of music that the DJ is playing? So I turned on Shazam.

In those two hours, the DJ played only three songs that weren’t Nigerian. Two were Ghanaian and the Sierra Leonean one he played stopped halfway before Rude Boy’s Audio Money swallowed it.

This is not an isolated scenario. Bloombar in Ghana was pretty balanced, but somehow African Queen and Gongo Aso had over 1000 people jumping. In 2019.

Let’s take it to the markets, where I saw a kid in Dantokpa, Cotonou, dancing proper Zanku, and singing Yahoo Ni Babalawo. He didn’t know Naira Marley, he just knew the song.

And when you turn on the TV. It’s Nollywood, dubbed in French. Last night, on a TV in Bamako, Desmond Elliot said C’est bon. In Guinea Conakry, Shola Shobowale was being dramatic on Wedding Party. In French.

In Robertsport, Liberia, I was standing at the counter of Mr Anselm’s store, while I could hear the dunn dunn dunnn sound effects that you can only get from Nollywood.

“Yes, It has many lessons,” he said when I asked him if he was watching a Nollywood movie.

I ran into someone in Bissau, a Nigerian Engineer who gets flung across the continent a lot.

“In Maputo,” he said, “every beach party is playing so much Nigerian music that you start to wonder.”

It’s so overwhelming, that if you aren’t exactly paying attention, you won’t find anything else.

So I asked Toke what song she’s heard on this trip that’s non-Nigerian and memorable. Tere Tere by Toofan came up. There’s R2Bees’ We Dey Vibe.

You start to understand why Beyonce’s Lion King Album sounded predominantly Nigerian. It’s not because there aren’t more sounds out of the continent – there are probably more sounds here than anywhere else in the world. It’s because they probably looked at this stats, and most of the attention density showed one thing; Nigerian music.

The Nigerian sound, colour and culture is a force.

Now that I think about it, it’s why that highway policeman on the road to the Malian border from Saint Louis thinks our roads come close to Senegal’s in quality. He knows a lot about Nigeria, but it’s mostly the super cuts; glamorous Nollywood picture and Quilox-esque music videos.

Seeing is believing, after all.