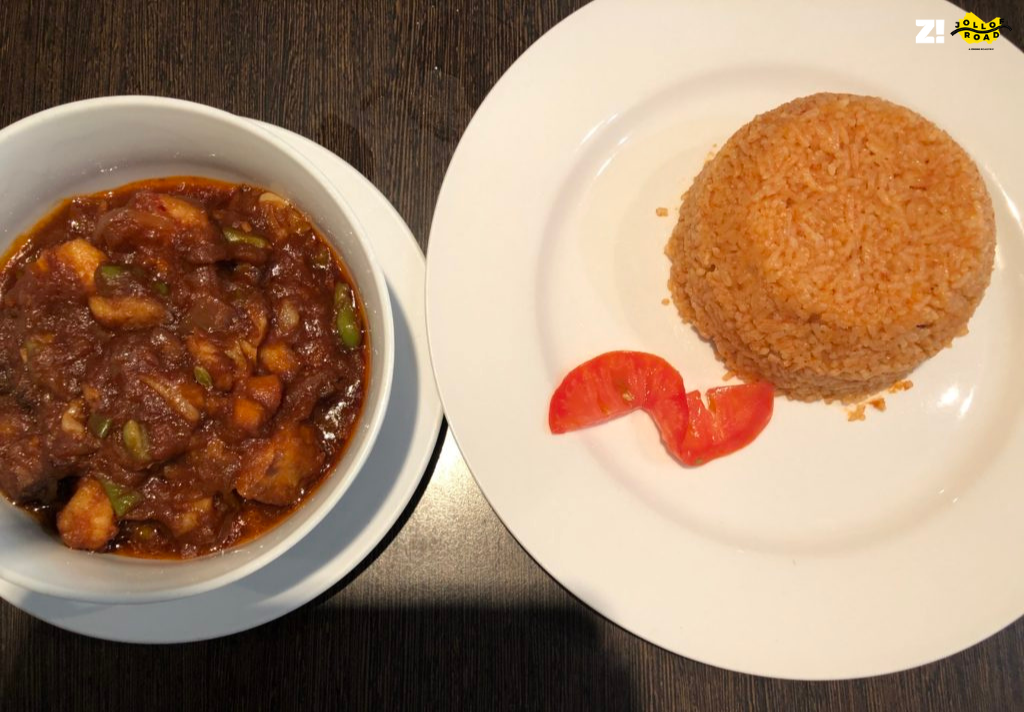 Fact: Salone is the common nickname and derivation of Sierra Leone. It is a word synonymous with national identity for Sierra Leoneans.

Ever since we got into Sierra Leone, we’ve had very high expectations for Sierra Leonean Jollof. Especially after this declaration of war video.

Surprisingly, it was a little hard to find this Jollof. After three false stops at three different popular restaurants, we had almost given up when we stumbled on a place called Lydia’s kitchen and they had Jollof!

We waited for an hour to be served and what came looked promising. Tosin was the first to go in. Her facial reaction gave away what she thought before she even spoke. “It’s really not great,” she said.

“How bad can it be?” I asked and took a forkful.

Since the beginning of the trip, everyone has asked if we’ve come across any Jollof we really didn’t like and the answer has always been no. And every time we say no, people assume we are just being diplomatic but the truth is while we all had our favourites, we’ve actually not come across truly awful Jollof. Until Lydia’s kitchen.

It’d be unfair to say the Jollof was inedible, but getting even halfway through my plate was a bit of a struggle.

Now the problem with Lydia’s kitchen was no one knew it; it hadn’t come recommended by anyone. It’ll have been unfair to judge Salone Jollof based off one bad spot.

Yesterday, we stopped by at Crown Express to give the Jollof another go. It had come heavily recommended and we had high hopes for their Jollof. We weren’t let down.

Instead of the one-pot Jollof Nigerians and some other West Africans are used too, Salone Jollof is made sort of like rice and stew. You have your very plain Jollof rice on one side and a rich sauce made of vegetables, chicken, beef or shrimp on one side. If you eat the plain Jollof rice alone, it’s easy to dismiss it, but when you combine it with the sauce, it’s heavenly.

Is this the best ice cream in Sierra Leone?

Every single Sierra Leonean we’ve come across — and I’m not exaggerating — had one thing to say about Gigibonta – best ice cream place in the whole of Sierra Leone. While our main mission is local food, I was curious about Gigibonta.

We stopped by late afternoon yesterday as the sun was setting. Gigibonta is right by the beach. When we got into Gigibonta it was packed. And after ordering two scoops of hazelnut and cheesecake ice cream, I could see why. The texture of the ice cream was perfect, but then that’s what you get with gelato.

We have only one mission today – Tokeh beach. A slice of luxury located one hour away from Freetown and at the forefront of Sierra Leone’s push to increase tourism. On the way, we’ll stop by Waterloo for some cassava bread and stew because while Jollof is great you can’t leave Sierra Leone without trying their cassava bread.