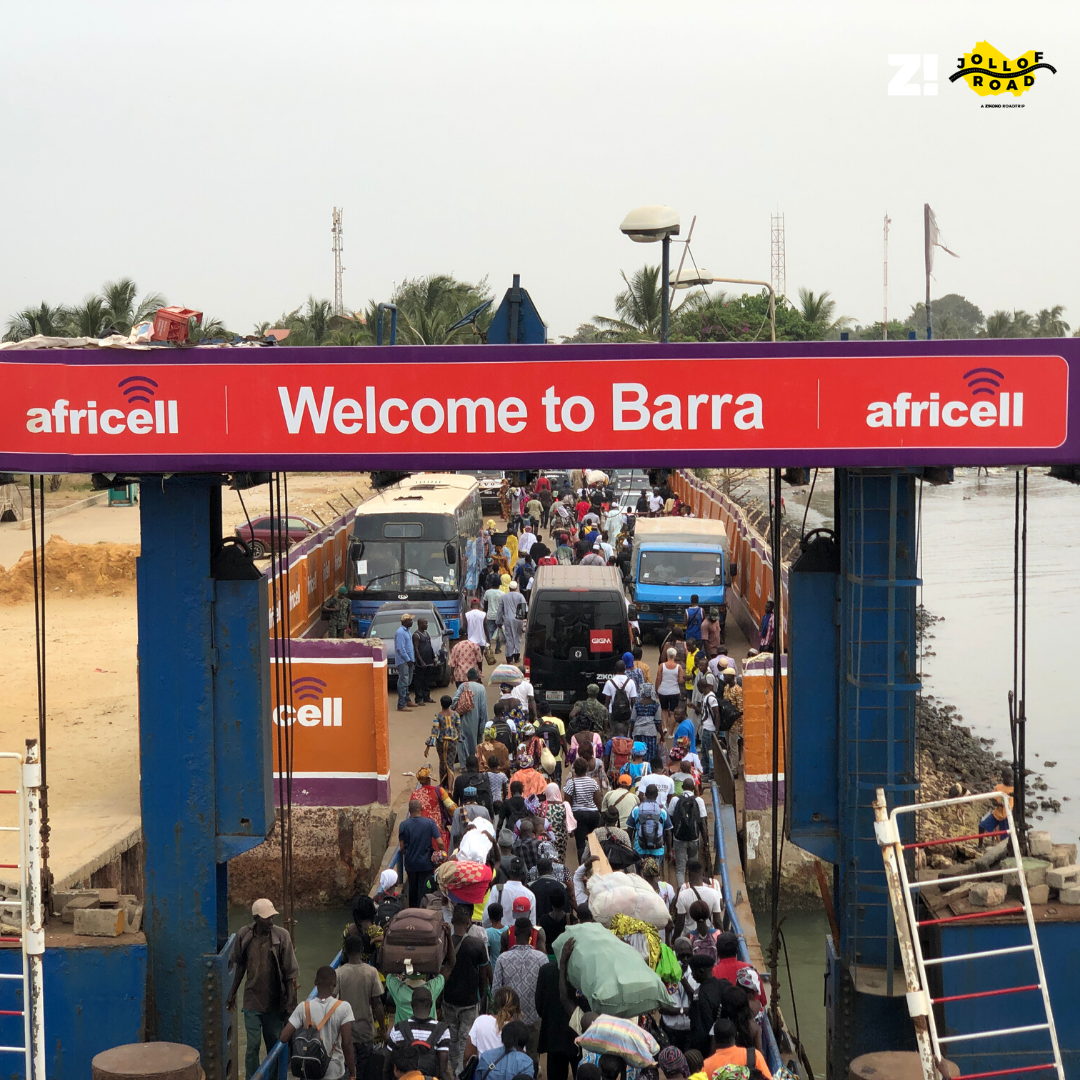 We got into Senegal in only three hours making it the shortest cross country trip we’ve ever made. The painless experience was only a little marred by the fact that two immigration officers tried to extort 10,000 XOF from Kayode and me because Tosin left our side for five minutes and we were communicating with them in English.

The West African CFA franc (XOF) is the shared currency of eight independent states in West Africa.  10,000 XOF is about 6000 naira.

There are two ways to get to Senegal. There’s a direct route by road, which is much longer. And a shorter route that involves getting on a ferry from a terminal in the Gambia to the border town of Barra. It’s a proper ferry and not like the one that took us from Guinea to Guinea-Bissau.

It cost only 25 dalasis per head. Which is the equivalent of less than 200 Naira.

All through the 20-minute ride we fantasised about how much easier millions of people’s commute would be if Lagos got their shit together and got something like it.

Getting stamped out of the Gambian border took about five minutes. And we expected the same at the Senegalese end because we had passed through to get into the Gambia, and there was no hassle at all. Things were going smoothly until the group split up and Kayode and I were left to sort our passports out alone. The immigration officers handling our biometric registration – yes it’s biometrics in Senegal, not the laborious notebook filling we witnessed in almost every other country – tagged us as easy prey. They picked up our passports and took us to a back-office signalling for us to come with. There, another officer took a look at our passports and solemnly declared 5,000 XOF each. It had all seemed pretty procedural up to this point, except paying 5,000 to get my passport didn’t sound right. Especially because we had paid only a thousand the last time we came in. So I asked to be excused, found Tosin and asked how much we had paid at the other Senegalese border, she confirmed it was a 1,000 XOF each, and it wasn’t even an official fee just a sort of tip for the officers.

Armed with that information we simply refused to pay the 10,000 fee. The officer refused to let go of our passports until Tosin and Fu’ad who they hadn’t realised were a part of our group got their passports stamped. When they realised we simply wouldn’t allow ourselves to be swindled they stamped our passports and sent us off on our merry way.

A quick stop at Kaolack, home to Niass

I have a non-Islamic background so the most I knew about Niass up until yesterday was that I often saw stickers of his face on the windows of Danfos in Lagos. But to the people in Kaolack and millions of Muslims across the region of West Africa, he’s like a rockstar.

Ibrahim Niass was the founder of  Ibrahimyyah, a branch of the Tijani Sufi Islamic order, and around this time of the year, millions of people with a large percentage of them being Nigerian make the pilgrimage down here to worship in the mosque of his hometown – Kaolack, Senegal. Even though someone told us we had just missed the bulk of the crowd as Eid El Maolud had just passed and people were heading back home.

Today is day 52. We’ve been on the road for 52 days and I’m writing this entry from an adorable Airbnb in Senegal, our tenth country. It’s a little surreal how fast and slow the journey has been so far. With 28 days left, I’m feeling all sorts of mixed emotions about our trip coming to an end. Gratitude for all the people we met who helped us along the way, joy at being reunited with friends and loved ones, many of which  I’ve never been apart from this long and sadness knowing that at the end I’d say 80 days was not enough.