It Took 3 days, 8 Fresh Passport Stamps And Crossing 4 Borders To Get To Monrovia 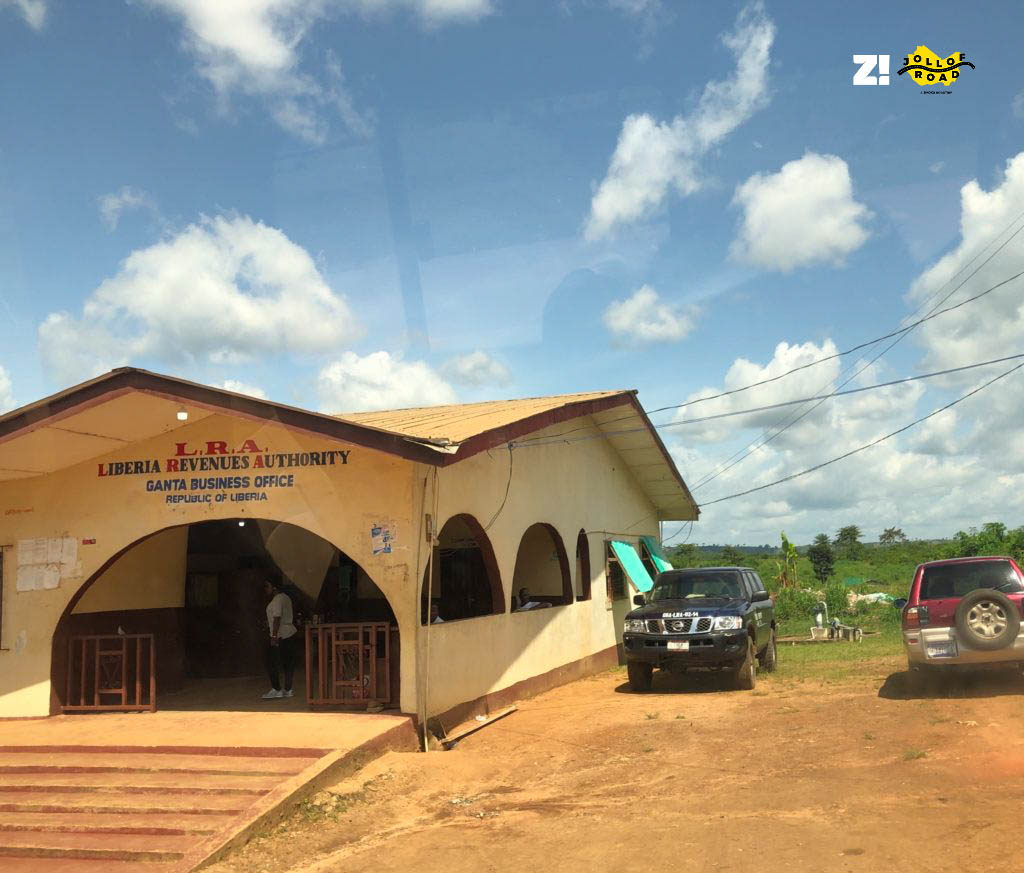 The road to Ganta is lined with immigration stops and mud.

It took 12 hours to get from Ivory Coast to Liberia, and another 12 to get from Yekepa to Monrovia in Liberia. Mostly because the road between Yekepa and Monrovia is lined with one too many immigration stops and a whole lot of mud.

Driving from Yekepa to Ganta, another town in Liberia takes 4 hours of driving through a non-existent road, getting stuck in the mud twice and having your bus pushed free by locals who luckily happened to be close by. We got to Ganta at about 12 pm and spent another 2 hours there because bureaucracy and Liberians are best friends.

The road from Ganta to Monrovia is what looks like a new expressway, freshly tarred with all the white lines intact and not a pothole in sight. So we all assume the road from Yekepa is only that bad because Yekepa is at the outskirts and assume that the road cutting through from Ganta into Monrovia will be all good.

We are wrong. Once we get into Monrovia the smooth expressway paves way for some of the worst roads we’ve ever seen and a traffic jam that’s made up of 50% foot traffic. Getting past the market the rest of the road is not as bad but not as great as the expressway.

There are 3 immigration checkpoints between Ganta and Monrovia, which is a 3-hour drive.

But the problem isn’t that there are immigration stops. The problem is that for some reason after getting stamped into Liberia, you are required to have your passport information painstakingly registered by hand into record books that will go into storage in a room which will be lost to water or fire damage a couple of years from now. At the second immigration stop after having our passports registered in one office, we were led into another office to repeat the same process for reasons that were not disclosed to us.

But it’s not all bad, the immigration officers are friendly in fact almost too friendly and no one is asking us for money at every stop like Guinea. At the third stop, one of the officer’s pulls Fu’ad away for a minute. We are all braced we know what is about o happen. When Fu’ad comes back in and we head out I ask ‘How much?’ , ‘Nothing’, he replies ‘He just wants to make a Nigerian friend and gave me his email’. We all awwed in unison.

On our first night in Liberia, after settling into our hotel the first thing we went searching for was an ATM. There were no ATMs at the border as we were accustomed to. Luckily for us, there was one 5 minutes away from our hotel. The hotel manager had already warned us that it hardly ever worked, so when we saw someone already using it, we took it as a good sign. As he turned we all asked in unison, ‘does it work?’ ‘Yes, it does’ he said. But it’s only dispensing 100 US dollar bills. The looks on our faces cut across a range of emotions from confusion to disbelief. We were in Liberia the legal tender in Liberia is the Liberian dollar. Why is there an ATM in the middle of Yekepa dispensing only 100 dollar bills?

Here’s the interesting thing about Yekepa. Most of it is controlled by a large mining company from India called ArcelorMittal. They have a large settlement of house and subsidiary companies scattered across the town and fenced of. Think LNG in Bonny Island, Nigeria but scaled down. If most of the town is practically owned by a foreign company,then even though still bizarre, an ATM spitting foreign bills in the middle of Yekepa wasn’t so far fetched. The fact that we had paid for our hotel and the food we ate in USD also kind of made sense.

Except that when we got into town we found that everything was casually priced in USD, from fuel to hotels to airtime cards. An ATM in the middle of a market in Monrovia spat out ten-dollar bills. Our hotel in Monrovia was priced in USD and so was the food menu.

How do they make the two currencies work? Here’s the system, large bills that result in thousands of LSD are priced in USD while smaller bills like change for my food which was $2.50 are given in LD.

After spending 24 days in 4 countries with pretty stable electricity, driving into Monrovia and hearing the distinct sound of a thousand generators running at the same time was a surprise.

After hearing the decibel at which Liberians converse I’ve also come up with a theory as to why both Nigerians and Liberians are so loud. We are constantly carrying out conversations over the deafening sounds of generators running.

So why doesn’t Liberia have electricity? You guessed it, the war. The civil war which ended just 16 years ago destroyed a significant bit of the country’s power sector.

The ripple effects of the civil war can still be seen across everything in Liberia. From the fact that they have two legal tenders – LD and USD with USD being more prominent.

Getting to Monrovia, Liberia from Côte d’Ivoire has been the singular most frustrating experience I’ve ever had. It took a total of 3 days, 8 fresh passport stamps each, crossing 4 borders and being extorted of the equivalent of 24,010 Naira in Guinea. So today we are all going to take a minute to pause and just take a deep breath in and out, tomorrow we go again.