I Went Looking For Biafra In Abidjan 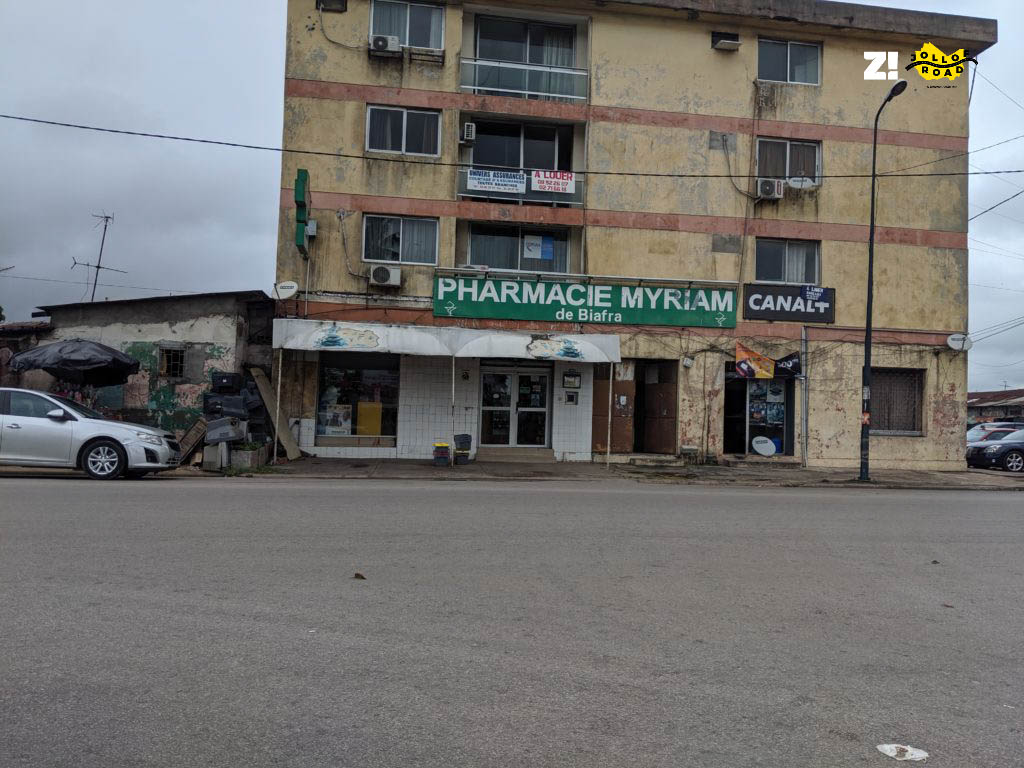 1500 kilometres from where Ojukwu first declared, there is a quartier in Abidjan called Biafra.

I first find out about this place from Francis – our new friend in Abidjan – when I ask about some decade-old Nigerian communities in Cote D’Ivoire.
“There’s a place called Biafra here” he says. When I pull up my map, it’s right there, sitting in a quarter, surrounded by water on most sides. I imagine that Ojukwu must have found this map a little nostalgic because of small similarities to the Biafra he was coming from.

Let’s travel back to an old Biafra. It’s a Friday in January of 1970. After three years of fighting, blockades, and starvation, all the signs on the wall point to one thing; the war for Biafra’s Independence has been lost. Ojukwu is convinced to leave the country by his second in command, Effiong. He heads to a city over a thousand kilometres away, Abidjan. President Felix Houpouet-Boigny has granted him asylum. Ojukwu lives there for the next 12 years with a few allies.

The first indication I’m in Biafra today – besides the tiny blue dot on my map saying so – is a pharmacy with Biafra written on its sign, but something else catches my attention.

It’s the open field, with trees and two goalposts. Only one person is on the field, mostly juggling. 10 minutes later, after trading broken French for broken English, I know his name is Jeremy. He plays for the local neighbourhood team, and it’s not long before I figure out that he cares for two things; a passport, and a shot at a career in Ukraine.

I still have a mission – to find someone to tell me about this Biafra. So I ask if he has any Nigerian or Igbo friends. None, except one who works in Grand Bassam, another part of town, with no phone number to reach him on. No leads.

I merci him and keep it moving.

My next stop is a local cafe, where I meet Mahmud, who gives me a cup of coffee and refuses my payment with a smile when I tell him my name and tell him I’m a voyageur. It’s really good coffee. I ask him if he knows any Nigerians or Igbo people. It’s either he didn’t know, or he didn’t understand the nonsense that was coming out of my mouth – he just kept non‘ing.

My next shot is at a Pharmacy with a giant sign.

“Non, something-something madame,” says the woman I see in the pharmacy. There’s a ring on her finger.

I do my pardon and explain myself. She laughs, and calls her boss who understands English, to save her from my disastrous French.

Just then, another pharmacist walks in. Boss and new pharmacist exchange a few words, and I hear someone say Igbo, Yoruba.

Everyone’s nodding now, and faces are beaming. New Pharmacist volunteers to take me.

“Ala,” she tells me her name. We walk in silence as we turn a few streets because I don’t have enough vocabulary for small talk. So I can’t tell her about Jollof Road, or about how she reminds me of someone I know. Or ask her if she’s lived here for a long time and knows if there are any Biafran people here.

When you reach a Yoruba woman’s food stand, you won’t need language to help you know her ethnicity. You’ll know it from the aluminium pots. Complete with tribal marks.

“C’est bon,” I tell the pharmacist. Somehow, I manage to tell her I’ll be coming back to the pharmacy when I’m done. Something like je viens and finis.

When I speak Yoruba to her, the Yoruba that comes back to me is the type you don’t find in cities. It’s the type you find when you travel to your village, but here I was, in the middle of Abidjan, speaking Yoruba to a complete stranger, while she sells fluffy Amala to a customer. Rice and stew to another.

“I was born here” she tells me. And before she mentions, I already know what state in Nigeria she’s from; Osun. Her name is Aisha.

There’s a large community of Yoruba people born here, who have gone on to build their lives here. Aisha married another Yoruba man in Abidjan, gave birth to Habiba, who in turn has married and now has her own child.

I ask her about Biafra. The few Igbos who live around have gone to work, she says. Then she directs me to Shina, a guy selling phone chargers on another street. Shina would know where to find Igbos, she tells me.

Shina doesn’t. His only Igbo friend who stays in the area has gone to work.

Nobody seems to know until I reach this motorcycle mechanic, Seydou, who then calls his friend in a market in another part of town – a Yoruba man. Yoruba friend then calls his Igbo man whose shop is next to his. Halfway through the call, Seydou’s airtime finishes. He tells me it’s not a problem.

Do I get to this market I don’t know, to find a Yoruba and Igbo man I won’t recognise, navigating with a language I barely understand? On another day, I’d have done this. But today, like the past few weeks, I’m fighting a losing battle with time. Yamoussoukro is a few hours away, and we need to get there today.

In July 2017, I was at another Biafra, 10 minutes away from the Governor’s office in Abia State, in 2017. Nnamdi Kanu – the leader of a new secessionist movement, IPOB – lived there in his father’s compound. The things I remember most from that day are; the crowd of people coming to pay homage, the woman who’d travelled far in crutches to meet him, his declaration that Anambra’s elections wouldn’t hold (it did), the Biafra flag salute at 6 pm, and Angel, one of his young guards who assured me that he was willing to die for this cause.

In September of that year, the Nigerian Army did a Python Dance to Nnamdi’s house and squashed Nnamdi Kanu’s home. Nnamdi himself wasn’t seen again for another year.

But here I am at another Biafra. I’ve found a footballer who thinks I’m an agent because I’m from Nigeria. A woman born in Abidjan speaking impeccable Yoruba. A Nigerien who offered me free coffee, an Ivorian who gave me his phone. A mosque where the Jumuah crowd spilled onto the streets but somehow didn’t block the road.

But the one thing I didn’t find in this little part of town, after 2 hours of loitering and asking stranger to stranger, is an Igbo person.