I Have Only One Word To Describe Liberians 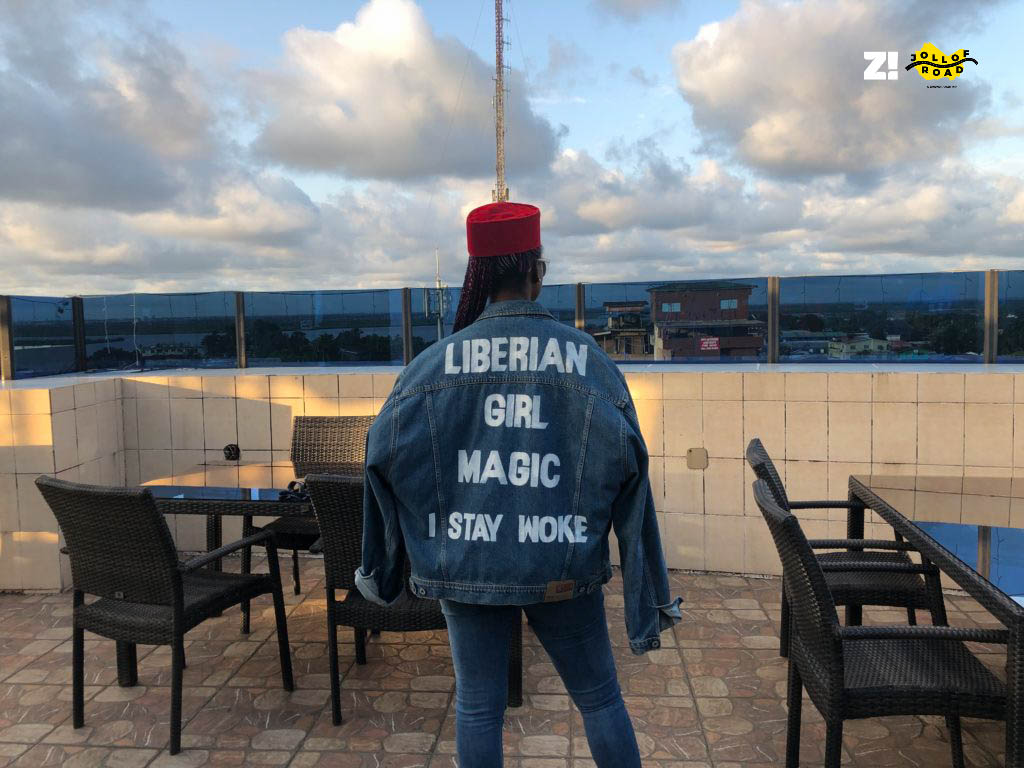 Beyond our unwilling affinity for generators, the one thing Nigerians and Liberians have in common is their resilience. Everyone we talked to about living through the Ebola Outbreak and the Second Civil War had a joke or two to go with their trauma.

I’ve also thought Nigerians have an uncanny knack for making a joke out of any situation. I’ve always had a love-hate affair with this ability. After speaking to Liberians today, I finally understood the need for it. The only way to survive a war and an epidemic is by holding on to humour and zest for life.

Myeonway, a Liberian fashion designer who was a teenager at the height of the war also joked about living her best life during it. That wasn’t all, she joked about a colleague who had gotten Ebola and whose chair she had sat in shortly after.

There’s a new contender in the Jollof Wars

We asked about what to eat and the best places to get food, as we usually do in every country.

Every single Liberian had one thing to say – Liberian Jollof is the best, even though they didn’t take it as seriously as Nigerians did. They didn’t say it in politically correct terms like ‘Oh Nigerian Jollof is not bad, but you know I think you’ll prefer ours‘. They pretty much said ‘Look guys. Nigerian, Ghanaian and all these other people who think they are making Jollof are jokers. Your Jollof and all of their Jollof is shit and ours is the best‘.

They did grudgingly accept that Senegalese Jollof was also good but the end line is that Liberian Jollof still the best.

I ate a whole lot of Liberian food yesterday but somehow no Jollof. I’ve vowed not to cross the Liberian border into Sierra Leone without trying the Jollof but for now, let me write about what I did try.

I tried Beans Torbogee for the first time at Ganta on day 3 of our 3 day sojourn into Monrovia. I was hungry, tired and a little queasy from bumping our way through some of the worst roads in West Africa for 4 hours.

So when I tasted Beans Torbogee for the first time, my palate wasn’t ready to receive it and I immediately dismissed it. It tasted like rice and some sort of bean stew made with palm oil. I tried it for the 2nd time yesterday at a cosy canteen inside of Smart Liberia . Even though I was hungry, there was still a good enough mood for new food.

After a second go at it, I can safely say I really don’t like Torbogee and it still tasted like rice made with some sort of bean palm oil stew. At its core, that’s what it really is. It doesn’t also help that I’m not the biggest beans fan.

I also tried Potato Greens, a vegetable soup made out of, well, potato leaves and served with rice. It’s made a lot like Efo but not in the way Yoruba people, for example, are accustomed to. Instead of palm oil, pepper and tomatoes, groundnut oil is used and I completely loved it. I suspect that I’ll pay for my sin of eating vegetable and beans in one day, but I’ll worry about that later.

Fu’ad also ordered Fufu and peppersoup which he, of course liked, because he’s Fu’ad. I wasn’t blown away by the Fufu and I really like fufu but the pepper soup I loved. It had the exact flavours and consistency to be eaten with yam and bangs harder than a Burna Boy song.

A peek into Liberian nightlife

I’ve been super curious about the nightlife in Liberia since I got into Monrovia. The city didn’t quite fit my expectations for the biggest city in Liberiam, especially after coming out of Abidjan which Myeonway describes as the Paris of West Africa. But after surviving a war that ended in 2003 and the Ebola epidemic just a few years ago, I realise that my expectations were unfair.

We started out with a movie because none of us had seen the new Joker, which is absolutely fantastic by the way. The cinema is located in their biggest mall in town, the TM mall, where Kayode and I had been meaning to go pick up a few things. The only problem is that asides the cinema, 90% of the stores are unoccupied. Coming out to the giant empty building in the middle of the night was super eerie.

Unlike a lot of Liberian problems, this wasn’t a direct consequence of the war or Ebola. I talked to Myeonway about it and she laughed. She said when they built it, stores went for $30,000 a year and no one had that kind of money.

By the time the rent came crashing down it was too dilapidated for anyone to care about it. So they only use it to go watch movies in the biggest cinema, which happens to be a Silverbird Cinema.

After the movie, we went to Sajj House a dance club made up of 60% expats. I commented about this and Dounard told me about its interesting history. When it first opened, black women weren’t allowed to enter unaccompanied. They had to be escorted by a white man. But white women could. Black women weren’t having any of that nonsense, so they led a protest and a subsequent change in their policy.

That’s another interesting thing about Liberia. The protests. All of the major trappings of any capital city are located on somewhere called Capitol Hill. Everything from the President’s Office to the Supreme Court to the Law School and the university, are within spitting distances of each other. Very often in the last year, the students have taken to the streets to protest and block the gate of the President’s office. The President actually works out of the Ministry of Foreign Affairs, his actual office has been under renovation forever.

There’s a protest scheduled for next week, which means no school. That’s why we were able to hang out with Dounard and his cool friends.

We went from there to a proper nightclub called Scarlet. There, I saw first firsthand the Liberian love for Davido and Shatta Wale. Some bonus bants, someone told us about George Weah’s favour song. When I heard there was a video of him dancing to this song and ‘jumping over his enemies’ I had to go looking for it and I was glad I did.

By the time I reached my bed around 3 in the morning, I had only these people in mind that I can’t yet confirm, but I’ll leave you with hints; There’s a refugee who escaped war and returned as a company leader. There’s an entire group of people who died of Ebola, but somehow, a girl managed to survive. More Liberian resilience, and then some Jollof Rice.

Fun Fact: Liberia’s President George Weah used to be a pretty big football star. He was named FIFA World Player Of The Year in 1995, the same year he won the Ballon D’or with AC Milan.

Today we go in search of Liberian Jollof.