Another Day, Another 200km Of Dust 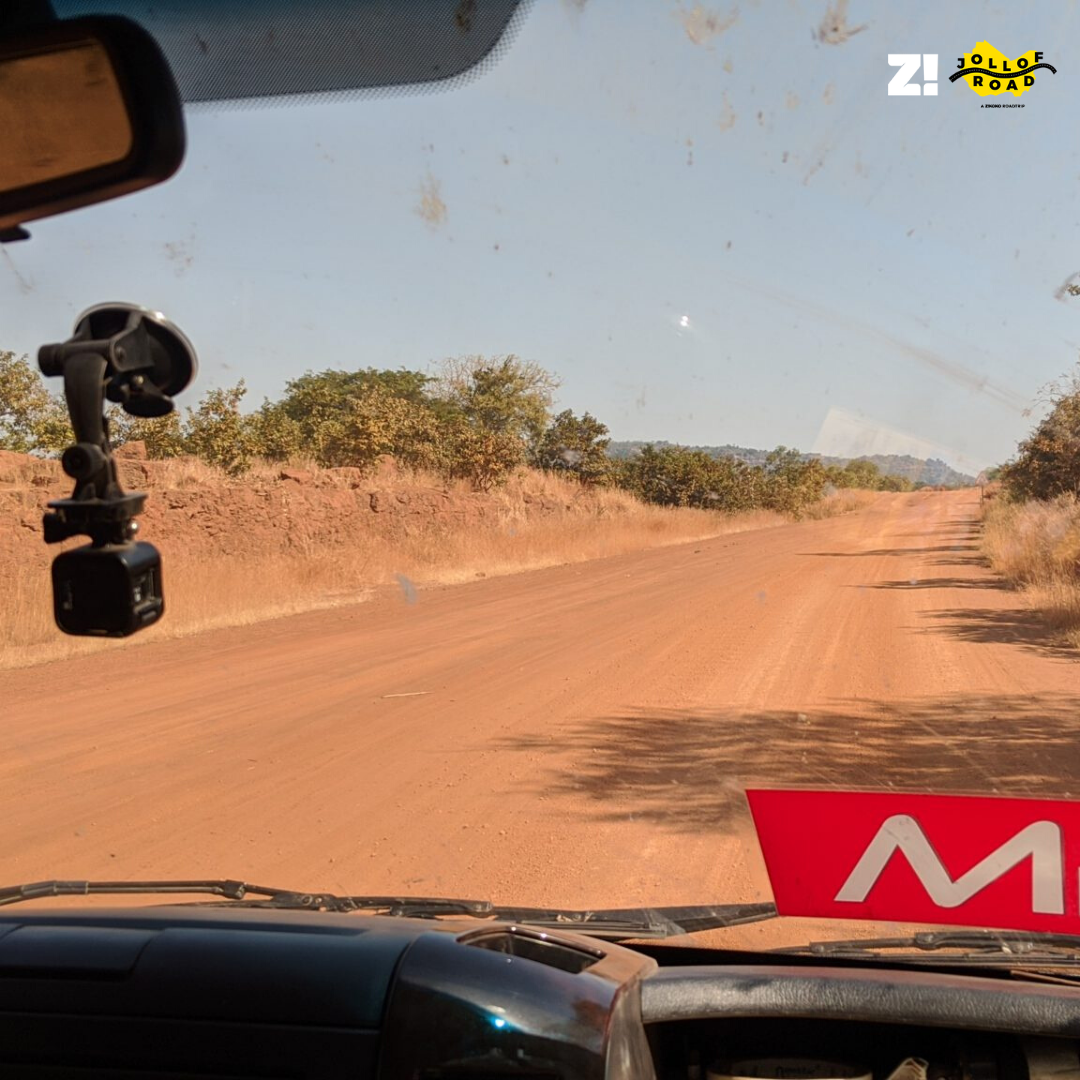 On leaving Kayes for Bamako, Mali: The first thing I remember after getting into the Black was getting to the ferry. Kayode says while I slept, the road had some of the most beautiful views and rock formations.

Views are sweet, but sleep, on days like this, is sweeter. Our ferry carried two Hilux trucks, one proper trailer, and of course, Black. It didn’t appear to be the first choice for people – canoes were available. The real business appeared to be the vehicles. Our cost 2500 CFA – cheap, when you consider that the alternative is taking a longer route.

There are two stops, the two Hiluxes chose the second, we chose the first, the RR3 that could take us straight to Bamako. That was the beginning of the dust. The time was 10.22 am.

We drove non-stop with nothing but the occasional small villages, donkeys, and cattle. More than once, Monkeys ran across the road. There was that one time a Monitor lizard took off before we could reach it. Not like we were going to stop or do anything, anyway.

We had a new problem: fuel.

Black’s full tank will hold about 80 litres of fuel, and that’d take about 300km on good roads. The journey from Kayes to the ferry was over 150km. In front of us was a road that didn’t seem to end.

“Fuel burns faster on a bad road,” Captain explained, “because of the changing gears.”

The fuel tank was now down to the last bar, just above reserve line.

“We have no choice but to keep driving,” Captain said. We joked about all the things we’d have to do when we ran out of fuel. Kayode and I would walk to the nearest village, get a jerrycan or better, get someone with a motorcycle, and ride to town to get fuel.

But none of that needed to happen, because 60km in, we found a small village selling fuel in jerrycans and old bottles.

It was 12pm – it took us an hour and a half to cover only 60km. For context, if you drove your car around a city with good roads and no traffic, you’d do that in 50 minutes if you’re a ridiculously slow driver.

We hit the road again, and our next stop was at Oualika, where we topped up our fuel again at a proper filling station – we weren’t taking any chances. We finally reached tarred road at a town called Kita after 200km, at about 5 pm.

That’s two days of endless time on the road.